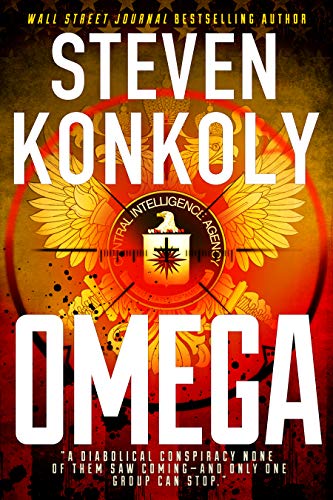 A TOP SECRET, JOINT U.S.—RUSSIAN SPECIAL FORCES RAID AGAINST A HIDDEN LABORATORY OFF THE COAST OF INDIA YIELDS AN ALARMING DISCOVERY!

Anatoly Reznikov, the deranged bioweapons scientist stolen from U.S. custody a few years earlier, vanished minutes before the attack--taking his deadly work with him.

In the United States, Beltway power brokers grapple with True America's surprise presidential win, finding the new administration to be anything but easy to work with. Karl Berg, demoted within the CIA due to the sudden shift in agency leadership, seeks to stay out of trouble, and retire quietly--a task he finds impossible when news of Reznikov's near-capture unofficially reaches his desk.

Oblivious to the growing threats domestic and abroad, Daniel and Jessica Petrovich finalize their plan to abandon the "Black Flag" business for good, only to have it delayed by close-hitting news. A last minute trip to the United States drags them closer to an unfolding plot in the heart of Washington D.C.

A plot connected to everyone and everything the Petrovich's have touched. A diabolical conspiracy none of them saw coming--AND ONLY ONE GROUP CAN STOP!