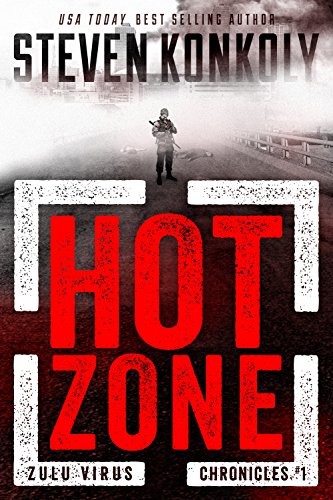 "Steven has the research down like Crichton, the action scenes like Brad Thor and the suck-you-in writing style of Vince Flynn."

"There's so much more than meets the eye in this series...layer after layer of twists and conspiracy!"

SOMETHING INSIDIOUS HAS ARRIVED--RIGHT IN THE HEARTLAND OF OUR NATION, TURNING NEIGHBOR AGAINST NEIGHBOR!

Officer David Olson, veteran cop and former Marine, returns from a father-son camping trip to discover that his ex-wife has vanished under bizarre circumstances, and his police department is on the verge of collapse.

Dr. Eugene Chang, a research scientist for a major pharmaceutical company makes a shocking discovery that might explain the spreading wave of illness and violence gripping the city.

Eric Larsen, leader of a top-secret, rapid-response unit, circles high above the Midwest, in an unmarked military transport. Mission still unknown, his team waits to parachute into the night.

WITHIN TWENTY-FOUR HOURS, complete strangers from different walks of life will be forced to join together to survive the LIVING NIGHTMARE that has been unleashed on their city--AND THEIR COUNTRY.

This is their story.

WELCOME TO THE HOT ZONE!