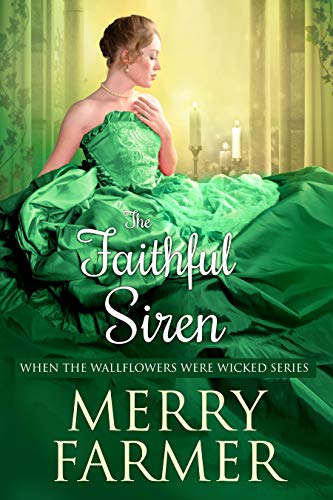 She dared to be wicked...

Lady Imogen Marlowe met the love of her life, Lord Thaddeus Herrington, at a summer house party in Shropshire. It was love at first sight, and they planned to run away together. Unfortunately, Imogen's father had other plans and promised her to the odious Lord Cunningham. For the past few months, Imogen has been locked away in her father's London house.

He would never forsake her...

As the younger son of a minor noble, Thaddeus Herrington may not have much going for him, but he loves Imogen beyond reason and is determined to rescue her from her father and Lord Cunningham's clutches. Even if it means donning a disguise and sneaking into her bedroom in the middle of the night.

But can Imogen trust Thaddeus to save her in time or will Lord Cunningham stay one step ahead of them?

When the Wallflowers were Wicked: