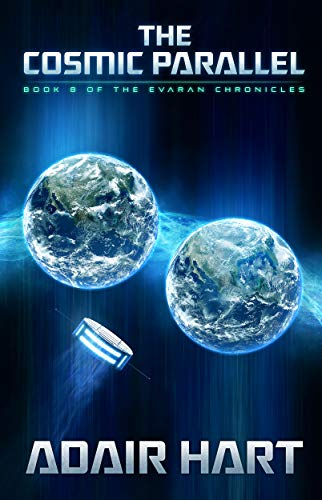 The Cosmic Parallel: Book 8 of the Evaran Chronicles

Not all prey is the same.

Dr. Albert Snowden just wanted to see a parallel timeline where Neanderthals were the dominant species on Earth. What he did not expect was a barren world. While investigating what happened, he, Evaran, Emily Snowden, and V are pulled into a trap created by a mysterious group.

One issue is that the trap forces the group to jump to parallel Earths. Another problem is that the Torvatta, Evaran's ship, is out of the picture. It does not help that the cosmic-energy-enhanced nanobots in Dr. Snowden and Emily are not working as intended.

To make matters worse, each jump to a new parallel Earth weakens them. Along the way, they meet Jelton Stallryn, a Rift Guardian, who has also fallen into the trap. Together, they will fight to escape and then track down the mysterious group responsible.