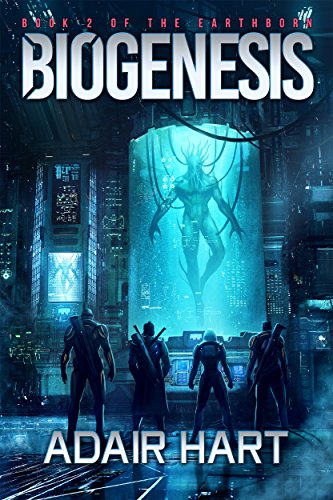 Biogenesis: Book 2 of the Earthborn

There is always something scarier out there

After a successful first mission and a month off, Blake Brown and crew head out on a new mission to the remote Zolidack system. A classified research facility has been sighted with the presence of illegal cargo that relates to what they found on their previous mission.

The problem is the system is controlled by the Fredorian Defense Force, a group who dislikes Earthborn of any stripe. The facility is operated by the Dorostatic Initiatives Corporation, which is recovering from a genetic engineering scandal and hates any government intrusion, Earthborn or not.

Getting to the facility is one challenge. Dealing with a new crew problem while doing it is another. To make matters worse, brutal, bug-like Rogundan mercenary slavers have been spotted in the system.