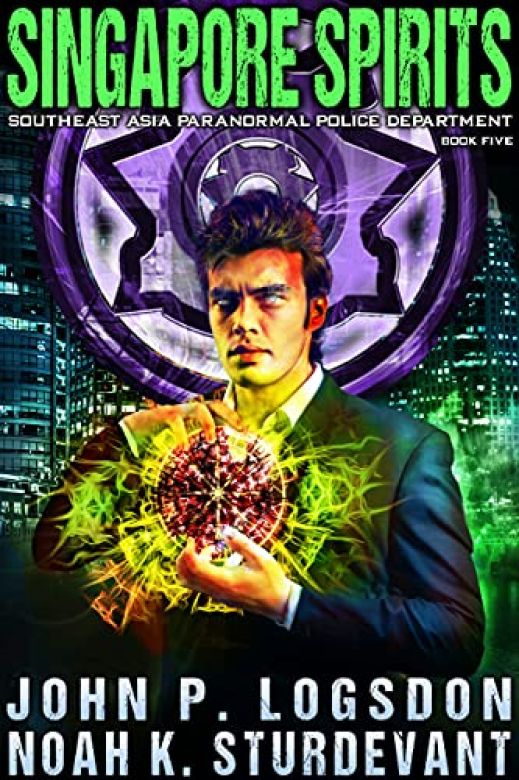 Mark Vedis has everything he's ever wanted, which means he's got everything to lose. Pity to anyone who tries to take it from him...

After a long chase, Mark Vedis and his team had finally won a major victory against the supernatural organization known as the Shaped. The fight wasn't over, but things had finally started to work out for him and his allies. Not only that, but a few bits of good news had the whole team feeling optimistic, and they were looking forward to the future. It should have been a good day.

Then the Shaped struck back.

While Mark was busy in Malaysia, the remnants of his enemies had infiltrated his organization, and decimated it. Now his team has been split up, to help protect the rest of the world, and the only allies Mark can count on are a moody AI, a reclusive pixie, and a newlywed couple who can't keep their hands (or claws) to theirselves.

As if that wasn't bad enough, Mark's new boss has ordered him to Singapore, to sign a peace agreement with the supernatural mafia. He quickly finds out that politics makes strange bedfellows, and that's coming from someone who's dated a succubus, a lich, and a naga.

After uncovering a plot that affects the PPD and Umbra, Mark and his allies are forced to make some difficult choices, and the consequences of their actions put them in more danger than ever before.

Secrets are revealed, friendships are put to the test, and Mark is left questioning everything he thought he knew about his past.

As the real fight begins, all hell is about to break loose.

The Shaped are days away from crushing reality as we know it, and Mark will have to put it all on the line to stop them.

If he fails, the destiny of two worlds will crumble...


The Paranormal Police Department has delighted thousands of readers with action, adventure, outrageous (and often offensive) comedy, and tons of snark. Grab your badge and join the legion of fans who keep begging for more...

*** THOUSANDS OF READERS HAVE FOUND A HOME WITH THE PARANORMAL POLICE DEPARTMENT. GET YOUR BADGE TODAY! ***