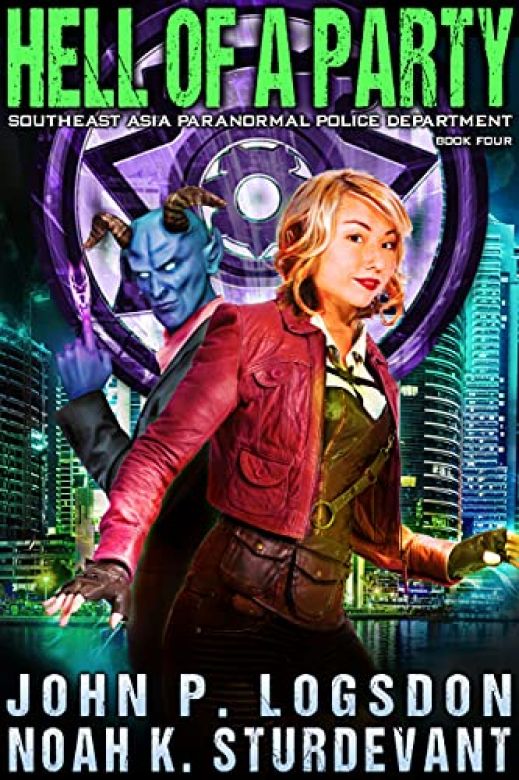 Hell of a Party

Bert’s wedding checklist: Get the cake - check; hire a band – check; avoid being murdered by demonic assassins...working on it.

Bert is getting married, whether he likes it or not.

As crown prince of the demons, he’s been promised to a dragon named Samantha Cho. His marriage has the potential to strengthen relations between demons and dragons, and bring a sliver of peace to Hell.

Single life gets boring after a few millennia, anyways.

Plus, Samantha is smart, funny, and way out of Bert’s league. Her human form is smoking hot, and her dragon form is...also smoking hot. Literally.

But, while a normal groom-to-be might be planning a bachelor party, Bert is running for his life.

Thanks to his back-stabbing sister, the demonic mafia is on his tail, and if he wants to make it to “I do,” he’ll need to make new allies, avoid constant assassination attempts, and figure out how to get demon blood out of a new tuxedo.

From the pages of the Southeast Asia Paranormal Police Department, Hell of a Party is the first book from the perspective of Bert, everyone’s favorite demon.

If you enjoy action-packed stories that don’t take themselves too seriously, you’ll enjoy this new addition to the PPD world from John P. Logsdon and Noah K. Sturdevant.