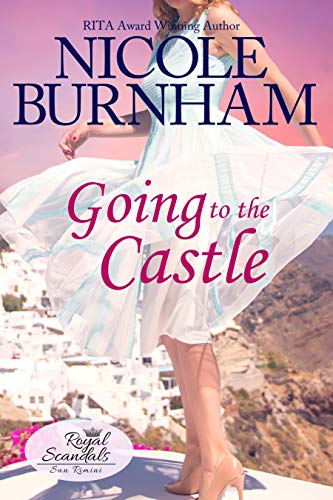 "An addictive series, full of heart and romance and endings that give a happy sigh."

A billionaire prince destined to rule the world. A woman determined to save it. An attraction neither can deny.

Jennifer Allen is on a mission to assist refugees, not to be swept away by a fairy tale prince…even if the prince in question is a drop-dead sexy billionaire. When Prince Antony diTalora visits her camp, she’s certain it’s a publicity stunt and keeps him at arm’s length. But when he invites her to the palace to speak about her work, it brings her beliefs into question and has her looking at Prince Charming in a whole new light.

Prince Antony diTalora has wealth, power, and everything a man could want, except someone to share his life. Duty demands he marry well and produce an heir, but when Antony meets an intriguing American who challenges his views, his privileged life is turned on its head.

But can two people from such different worlds really live happily ever after? 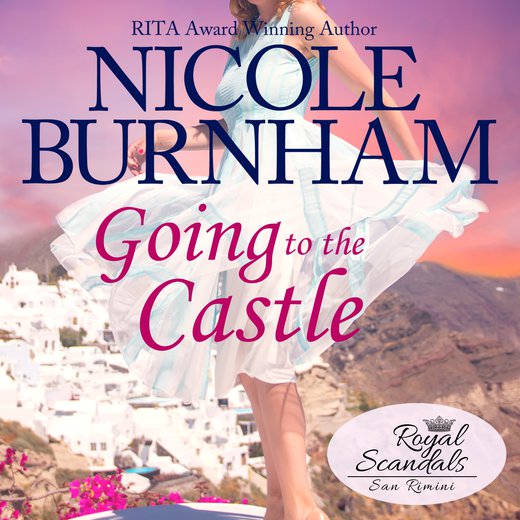 Conversation throughout the evening focused not on the prince’s planned state visit to China later this week, but on the prince’s age and relationship status. The diTalora family has the longest continuous reign in Europe and can attribute that longevity—at least in part—to their tradition of marrying young.

Antony is now the oldest San Riminian crown prince not to have wed and produced an heir.

Despite the hushed gossip filling the ballroom, Prince Antony appeared unconcerned about settling down anytime soon. Recent reports have linked him to wealthy socialite Bianca Caratelli, but he lived up to his reputation as southern Europe’s playboy prince last night, bringing German supermodel Frida Heit, a descendant of Britain’s Queen Victoria, as his date.

Over the course of the evening, the prince was spotted dancing with Caratelli, but he chose to dine with Heit and his sister, Princess Isabella. Heit departed early, claiming an early morning fitting for a fashion show. Antony did not appear to mind, however, leaving the event well after midnight with a group of his sister’s friends for a private party at an undisclosed location.

Noticeably absent from the festivities was King Eduardo, fueling rumors that the monarch’s health isn’t as robust as claimed. An official palace statement states that the king was “tending to important matters of state.” However, sources close to the royal family claim the king had no official duties on his schedule and spent the evening in his palace residence.

The king has not been spotted on his regular morning run in several weeks, though the palace has not commented on the change in routine.

If the rumors prove true, Prince Antony may not remain the playboy prince much longer. According to several insiders, King Eduardo’s health could force him to consider an arranged marriage for his eldest son.

“It sounds antiquated, but it does make a certain amount of sense,” admits Count Giovanni Sozzani, a longtime friend of the king, when asked about the possibility. “King Eduardo places his royal duties above all else, and he believes his primary duty is to ensure the continuation of the diTalora line. If Antony is not married soon, King Eduardo will feel he has failed the people of San Rimini.”

The latrine threatened to overflow in an hour, tops.

Jennifer Allen leaned on her shovel and drank deeply from her battered canteen. Her arms and back throbbed from an afternoon of heavy digging in the summer heat and sweat ran into her eyes, making her contact lenses burn, but she couldn’t quit now.

If she and the other relief workers didn’t finish the hole for the new latrine soon, the residents of the Haffali refugee camp might opt to use the nearby river to relieve themselves. Unfortunately, the river also supplied water for their camp showers and laundry.

Jennifer dropped her canteen to the ground, then turned to continue her dusty job. As she raised her shovel to dig, she caught sight of a surprisingly clean white van making its way down the rough mountainside to the camp. She leaned her shovel against the side of the pit. She’d seen the van before. It belonged to an American network news organization.

“Hey, Pia.” She waited for the assistant camp director’s attention, then gestured toward the rutted road. “Any idea what that’s about?”

Rasovo’s civil war had raged for six months now and few American news agencies had visited the camp, even during the early days of the war when American interest in the displaced Rasovars peaked…if peaked meant it made the white van network’s three a.m. news report. With no recent bombing in the area, Jennifer couldn’t imagine why journalists chose today to make a surprise visit.

However, if the Refugee Respite Project, for which she worked, wanted to keep the Haffali camp open for those fleeing the fighting, they needed more donations. Even more importantly—she glanced at the long line for the one working latrine—skilled workers and volunteers willing to travel to Rasovo and pitch in with both hands. Perhaps she could turn the intrusion into an opportunity.

“Oh, shoot,” Pia grumbled as she climbed out of the half-completed pit for a better look at the van. “They must have heard that rumor about Prince Antony. Hope they don’t mind talking to us while we work.”

“What rumor?” Jennifer couldn’t imagine what Europe’s hottest tabloid cover subject had to do with the Haffali camp. Other than the fact that both Rasovo and his native San Rimini occupied the northern end of the Balkan peninsula, she saw no link.

Pia raised an eyebrow. “I didn’t tell you? Some of the residents in Tent B heard on the radio that Prince Antony is planning to visit the camp tomorrow. They came to me for confirmation, since I’m San Riminian. I never received anything from the palace, though, so I told them it was just a rumor.”

Nothing had crossed Jennifer’s desk, either.

“I’m sure you’re right. Prince Antony has hundreds of clean charities elsewhere in Europe to use for his public relations purposes. Why mess a good suit coming here?” The prince’s late mother, Queen Aletta, had a reputation amongst human rights and charitable organizations for her deep and passionate involvement. Though Antony and his siblings stepped in following his mother’s death five years earlier, Antony didn’t have his mother’s touch. Some in the nonprofit sector believed he was still finding his footing, while others speculated that his appearances were calculated as those most likely to enhance his family’s public image. No one complained, because those appearances raised awareness, but such choices always grated on Jennifer.

She shook her head, thinking of the grandeur of the San Riminian palace. The Haffali camp stood only a day’s hike from the border with San Rimini, yet the ease of life on San Rimini’s side of the mountains made it feel a world away from the devastation in Rasovo. Unfortunately for the residents of Haffali, most San Riminians liked to keep it that way.

A wave of voices rose as several of the refugees spotted the news van.

Jennifer tucked a stray curl under her Colorado Rockies cap, then lifted her shovel. “Let’s keep digging. By the time the journalists locate me and learn there’s no royal visit scheduled, the pit will be finished. Then I can try to talk them into doing a story on the camp itself. Get the word out that we’re desperate for more staff.”

Pia snorted as she jumped back into the pit to continue shoveling. “Nice thought, Jen, but why cover an overcrowded, depressing refugee camp when your assignment is to splash a few pictures of a filthy-rich, drop-dead gorgeous Prince Charming across people’s screens?”

Jennifer silently agreed, but vowed to convince the reporters to publicize the need for more relief workers.

Besides, if she remembered the fairy tale correctly, Prince Charming never once got his hands dirty helping Cinderella with her chores. He danced at palace parties and had a penchant for dainty glass slippers. She needed people willing to pitch in and help. People who valued work boots. Not Prince Charming.