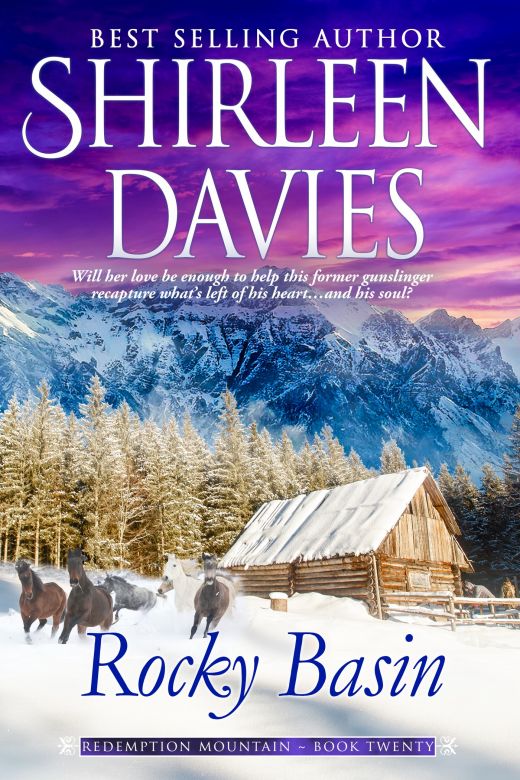 Will her love be enough to help this former gunslinger recapture what’s left of his heart…and his soul?

Griffin MacKenzie loves the town of Splendor, Montana, its people, and his work as a lawyer. His days of traveling the west as a gun for hire are far behind him, and for the first time, he feels settled. Except for an attraction to a beautiful young woman he can’t rid from his thoughts.

Carrie Galloway longs for more than her work as a nurse. As much as she craves a family, Carrie has no desire to marry for the sake of companionship and children. Her heart desires love—the deep, abiding kind she witnesses in other Splendor couples.

A growing friendship between Griff and Carrie opens the possibility of more, until his past catches up to him. An old enemy appears, threatening their lives, as well as a shared future.

Will Griff allow his past to destroy a future with the woman he’s come to love? Or will he fight for a life he increasingly wants to claim?

Rocky Basin, book twenty in the Redemption Mountain historical western romance series, is a full-length novel with an HEA and no cliffhanger.