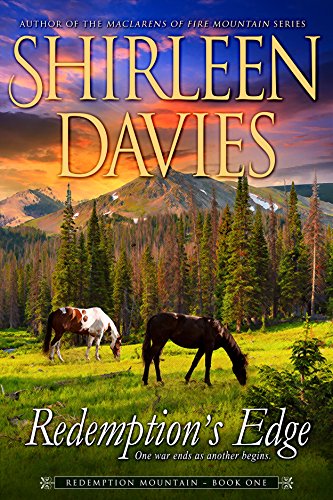 “A heartwarming, passionate story of loss, forgiveness, and redemption set in the untamed frontier during the tumultuous years following the Civil War. The author’s engaging and complex characters draw you in from the start, creating an exciting introduction to this new historical western romance series.”

“Redemption’s Edge is a strong and engaging introduction to her new historical western romance series.”

Dax Pelletier is ready to start a new life, far away from the one he left behind in Savannah following the South’s devastating defeat in the Civil War. The ex-Confederate general wants nothing more to do with commanding men and confronting the tough truths of leadership.

Rachel Davenport possesses skills unlike those of her Boston socialite peers—skills acquired while working as a nurse in field hospitals during the Civil War. Eschewing her northeastern suitors and forever changed by the violence and death she’s seen, Rachel decides to accept her uncle’s invitation to assist him at his clinic in the wild frontier of Montana.

Now a Texas Ranger, a promise made to a friend takes Dax and his brother, Luke, to the untamed territory of Montana. He’ll fulfill his oath and return to Austin.

The small town of Splendor is exactly what Rachel needs after life in a large city. She’s grown to love the people as well as the majestic beauty of the sprawling frontier wilderness and embraces a new life unlike any she ever thought possible. Now, her feelings for one man threaten to change everything.

Dax believes his battle days are over. However, dangers of a different kind stalk him. Confronting the vengeance of men from his past doesn’t alarm the hardened ex-soldier. The biggest threat, and the one he is least prepared to defend against, may come from Rachel, the woman who’s captured his heart.

Can she break through his demons and help Dax overcome the nightmares which still haunt him? Will Dax be able to envision a future, one that includes Rachel, or will he continue to hide from his destiny?

Redemption’s Edge, book one in the Redemption Mountain Historical Western Romance series is a full-length novel with an HEA and no cliffhanger. 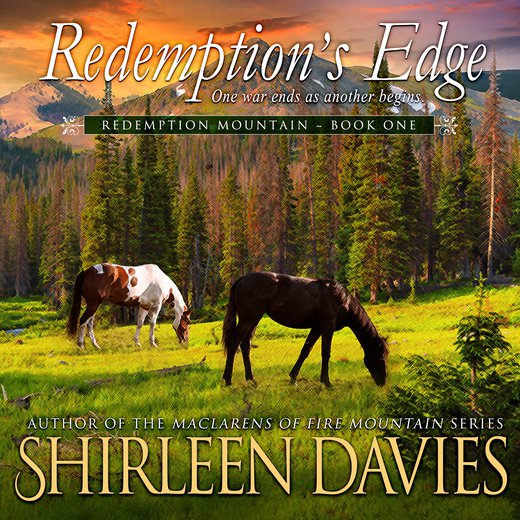