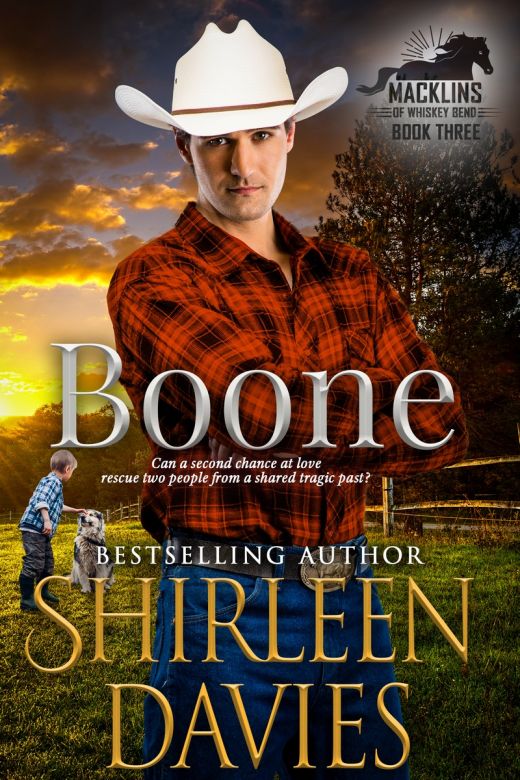 Daniel “Boone” Macklin has a lot to learn. Going from a bachelor rancher to the father of a six-year-old boy hadn’t been in his plans. Like almost everything else in his life, he doesn’t hesitate to face new responsibilities head-on. The one regret he has is not facing the truth about his feelings for the woman he still loves.

Willow Robinson is determined to put the tragedy from her past behind her—as well as her love for the youngest Macklin brother. Forgiveness she can offer. Forgetting is something she’d been unable to achieve.

It’s been three years since the heartbreaking night that changed their lives. In Boone’s mind, continuing to act as if Willow and their close friendship since childhood is over no longer makes sense. Convincing her they deserve a second chance presents more of a challenge than training the green broke horses on his ranch.

As their tenuous connection begins to rebuild, a danger to their families threatens to destroy whatever future they may still have.

Every step toward a future, every memory of the past presents obstacles neither may be able to overcome. Can their wounded hearts allow them to deal with the present crisis, or will it sever any chance of rebuilding the love neither wants to admit?

Boone, book three in the Macklins of Whiskey Bend Contemporary Western Romance series, is a stand-alone, full-length novel with an HEA and no cliffhanger.

Reader says this book is...: happily ever after (1) heartwarming (1) realistic characters (1) satisfying ending (1)