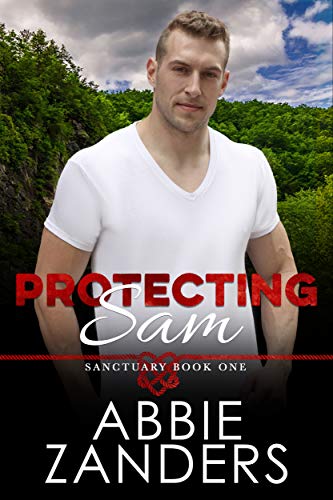 They thought it was safe to lose their hearts. But the past is a dangerous stalker.

A smart SEAL knows when it's time to pack it in. After 12 years on the teams, and a horrific mission that stretched him to the breaking point, Steve “Smoke” Tannen is transitioning to civilian life and a new job helping other vets who've forgotten how to see the world in shades of grey.

One spot of color is his pretty next-door neighbor. Delicate features, chestnut hair—and a fight-or-flight wariness in her grey-green eyes that triggers his protective instincts.

Samantha Applehoff would be laser focused on her goal of owning a coffee and bake shop—if she wasn't always looking over her shoulder. She can't shake the feeling she's being watched, and now a secret admirer's leaving gifts in her locked apartment.

To make matters worse, she's not sure if her eerily quiet, unfailingly courteous, undeniably hot new neighbor is making her less anxious... or more.

The attraction is instant and their connection is real. But when Sam's fears strike in real life, Smoke has only one shot to save her. And it could cost them their own happy ending.

Steve was already halfway down the block, tucked invisibly between buildings when Sam emerged the next morning. Using the skills for which he’d been nicknamed, he stayed in the shadows while following her progress. When she first passed by where he was hidden, she hesitated slightly as if sensing his presence, then quickened her pace. Steve smiled grimly to himself. The woman had good instincts, and that only reinforced his somewhat questionable decision to play silent bodyguard.

He tried to tell himself that he would be compelled to do the same for anyone, that protecting others was wired into his DNA, but that wouldn’t be true. For some reason he couldn’t quite fathom, he couldn’t stop thinking about his neighbor.

It wasn’t as if she’d been trying to get his attention, either. Just the opposite, in fact. She didn’t seem interested in him at all. Maybe that’s what had garnered his attention. Women, even those who had no intention of engaging, often flirted with him or looked at him a certain way. Just because he wasn’t interested didn’t mean he wasn’t aware.

That wasn’t an overinflated ego talking. He wasn’t special. Every man on his team got the same treatment. Just as most men couldn’t help but notice a beautiful, curvaceous woman, most women responded to cut physiques and the quiet confidence that said they knew they were the biggest, baddest things in the room.

But not his neighbor.

Oh, there’d been a brief flare of feminine appreciation in her pretty gray-green eyes, but she didn’t seem inclined to acknowledge it. And that, along with the sense that she was in danger, intrigued him. Besides, if he concentrated on her and her problems, he wouldn’t have to think too hard about his own.

Once he was sure she was safely in the coffee shop, he looped around and headed toward the park. It took only minutes to find what he’d been looking for: the depressions between trunks in a copse of thick evergreens that suggested someone had been standing there for some time.

He peered through the branches, confirming his earlier suspicions. Not only had he felt the sights on him after Sam’s light went out the night before, but he’d seen the telltale flash of something metallic, too. A watch maybe, or a ring.

Whoever the unwelcome observer was, he’d left no further evidence of his presence. He was a novice, but a novice with just enough skill to be dangerous.

Steve worked his way back to his apartment, his thoughts whirling. Who was stalking his neighbor, and why? Was he dangerous, or just a harmless peeping Tom? Steve made a mental note to talk to Cage. According to Church, Cage was the go-to guy when it came to needing intel. Maybe he could provide some information, fill in a few blanks. Starting with Sam’s full name.