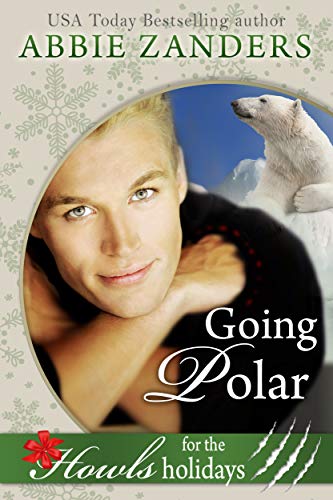 The tiny tourist town of Aurora Falls has a very big secret...

Polar bear shifter Finn Isberson is a pretty chill guy. Like most unmated males, he's kind of a loner. Fishing, coaching the local youth ice hockey team, and weekly dinners with his family are enough for him. Catering to the human tourists who come to Aurora Falls for a unique polar bear experience isn't really his thing... until her.

She's everything he's ever wanted in a mate, but the odds are stacked against him. Not only is she human, but she's also got a job and life beyond Aurora Falls and he's only got a week to convince her that he's the man/bear for her.

Given the choice of spending the holidays alone or with her twin brother and his spoiled mean-girl girlfriend, veterinarian Lainey Swann decides to go polar AF—Aurora Falls, that is. The tiny northern Canada town is the self-proclaimed polar bear capital of the world, plus Lainey's always had a soft spot for the big, furry beasts.

She didn't expect the VIP holiday package to include the personal attention of the sexy Viking with arctic green eyes. And she certainly didn't expect to fall so hard, so fast.

When a Christmas miracle becomes a matter of life and death, Lainey is plunged headfirst into a fantastical world and learns the truth – not only about Finn, but about the secret behind the town's success.

Will Finn be able to convince Lainey they belong together? Or will she flee and expose them all?

Going Polar is a sweet, heartwarming, light paranormal romance featuring polar bear shifters, perfect for getting in the holiday mood.