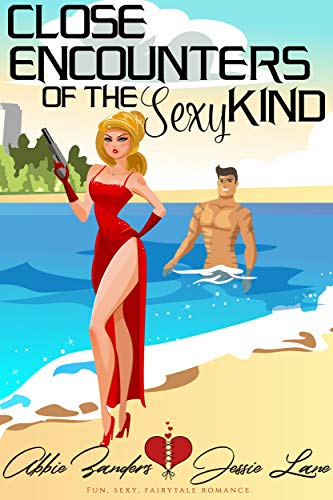 Destiny's not just for Earthlings...

Detective Ryan Winslet is a by-the-book kind of girl. The one and only time she allowed her personal feelings to cloud her judgement, the results were devastating. Now she's getting a chance to make things right, but a certain sexy nightclub owner is muddying the waters.

Tiberius Maximus isn't the first Aequorian prince to be exiled to Earth. Like his ancestors, he came, he saw, and he conquered. He's vanquished his enemies, gained a fiercely loyal family, and runs an incredibly successful nightclub that might push a few legal human boundaries. The only thing he doesn't have is the life mate he so desperately craves – until a salty blonde saunters into his club one night.

When the no-nonsense detective meets the exiled prince, their chemistry is off the intergalactic charts. Tiberius is convinced she's the one for him, but Ryan's not taking the bait. Sure, he's über hot and seems like a great catch, but he's also involved in some fishy business and thinks he's from another planet.

Should she follow her head and throw him back? Or follow her instincts... and her heart... and jump into the deep end?

Close Encounters of the Sexy Kind is a funny, sexy, tongue-in-cheek sci-fi with a touch of suspense to raise the stakes. Grab your copy today for some out-of-this-world fairy tale romance!