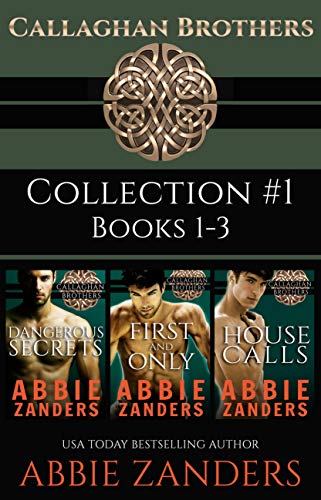 Dangerous Secrets (Book 1): Fate places Taryn Malone right at Jake Callaghan's doorstep - broke, stranded and with a huge secret that could get them all killed. Jake has a few secrets of his own, and he's going to help Taryn, whether she wants him to or not.

First and Only (Book 2): Lexi Kattapoulos has been in love with Ian Callaghan since she first laid eyes on him. When Ian tries to seduce her ten years later - without knowing who she is - it might be her only chance to fulfill her dreams, even if it can never be anything more than one night.

House Calls (Book 3): Unfortunate life experiences and lack of funds have left Maggie Flynn with an irrational dislike of conventional medicine. That makes things especially difficult when she falls hard and fast for the soft-spoken Dr. Michael Callaghan.