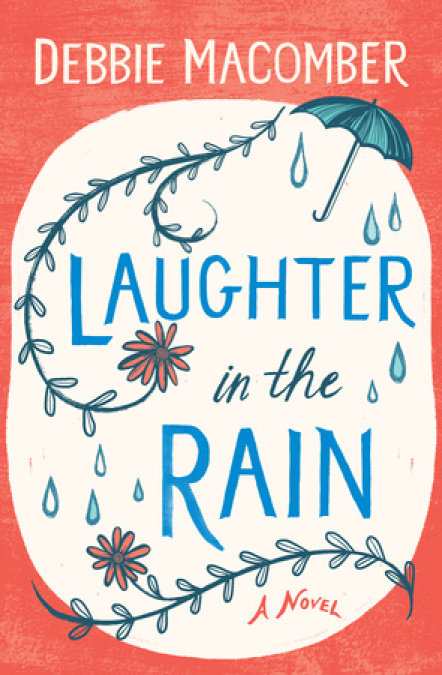 Abby Carpenter longs for the type of romance she reads about in books. She loves her volunteer work teaching English as a second language, and has found her relationship with her boyfriend, Logan, just as fulfilling. But lately, she’s thinking she needs a little spice in her life. Then she meets Tate, a handsome stranger, after a lesson in the park. Everything about him seems too good to be true, and he’s infatuated with Abby—but she can’t help assuming there’s got to be a catch.

Tate just might provide the sense of adventure Abby has been searching for. But when Logan, always steadfast in his commitment, gives her an ultimatum, Abby must choose: Who will make her happier? And is falling in love worth the risk?

The words were like a chant in Abby Carpenter’s mind with every frantic push of the bike pedals. She was late. A worried glance at her watch when she paused at the traffic light confirmed that Mai-Ling would already be in Diamond Lake Park, wondering where Abby was. Abby should have known better than to try on that lovely silk blouse, but she’d seen it in the store’s display window and couldn’t resist. Now she was paying for the impulse.

The light turned green and Abby pedaled furiously, rounding the corner to the park entrance at breakneck speed.

Panting, she stopped in front of the bike stand and secured her lock around a concrete post. Then she ran across the lush green lawn to the picnic tables, where she normally met Mai-Ling. Abby felt a rush of relief when she spotted her.

Mai-Ling had recently immigrated to Minneapolis from Hong Kong. As a volunteer for the World Literacy Movement, Abby was helping the young woman learn to read English. Mai-Ling caught sight of her and waved eagerly. Abby, who’d been meeting her every Saturday afternoon for the past two months, was impressed by her determination to master English.

Mai-Ling shrugged one shoulder. “No problem,” she said with a smile.

That expression demonstrated how quickly her friend was adapting to the American way of speaking—and life.

“What’s so funny?” Abby asked as she slid off her backpack and set it on the picnic table.

Abby looked down and saw one red sock and one that was blue. “Oh dear.” She sighed disgustedly and sat on the bench. “I was in such a rush I didn’t even notice.” No wonder the salesclerk had given her a funny look. Khaki shorts, mismatched socks, and a faded T-shirt from the University of Minnesota.

“I am laughing with you,” Mai-Ling said in painstaking English.

Abby understood what she meant. Mai-Ling wanted to be sure Abby realized she wasn’t laughing at her. “I know,” she said as she zipped open the backpack and took out several workbooks.

Mai-Ling sat opposite Abby. “The man’s here again,” she murmured.

Abby couldn’t believe she’d been so unobservant. She felt a slight twinge of apprehension as she looked at the stranger. There was something vaguely familiar about him, and that bothered her. Then she remembered—he was the same man she’d seen yesterday afternoon at the grocery store. Had he been following her?

The man turned and leaned against a tree not more than twenty feet away, giving her a full view of his face. His tawny hair gleamed in the sunshine that filtered through the leaves of the huge elm. Beneath dark brows were deep-set brown eyes. Even from this distance Abby could see their intense expression. His rugged face seemed to be all angles and planes. He was attractive in an earthy way that would appeal to a lot of women, and Abby was no exception.

“He was here last week,” Mai-Ling said. “And the week before. He was watching you.”

“Funny, I don’t remember seeing him,” she murmured, unable to disguise her discomfort.

“He is a nice man, I think. The animals like him. I am not worried about him.”

“Then I won’t worry, either,” Abby said with a shrug as she handed Mai-Ling the first workbook.

In addition to being observant, Mai-Ling was a beautiful, sensitive, and highly intelligent woman. Sometimes she became frustrated with her inability to communicate, but Abby was astonished at her rapid progress. Mai-Ling had mastered the English alphabet in only a few hours and was reading level two books.

A couple of times while Mai-Ling was reading a story about a woman applying for her first job, Abby’s attention drifted to the stranger. She watched in astonishment as he coaxed a squirrel down the trunk of a tree. He pulled what appeared to be a few peanuts from his pocket, and within seconds the squirrel was eating out of his hand. As if aware of Abby’s scrutiny, he stood up and sauntered lazily to the nearby lakeshore. The instant he appeared, the ducks squawked as though recognizing an old friend. The tall man took bread crumbs from a sack he carried and fed them. Lowering himself to a crouch, he threw back his head and laughed.

Abby found herself smiling. Mai-Ling was right, this man had a way with animals—and women, too, if her pounding heart was anything to judge by.

A few times Mai-Ling faltered over a word, and Abby paused to help her.

The hour sped by, and soon it was time for the young woman to meet her bus. Abby walked Mai-Ling to the busy street and waited until she’d boarded, cheerfully waving to Abby from the back of the bus.

Pedaling her bicycle toward her apartment, Abby let her thoughts again drift to the tall, good-looking stranger. She had to admit she was enthralled. She wondered if he was attracted to her, too, since apparently he came to the park every week while she was there. But maybe she wasn’t the one who attracted him; perhaps it was Mai-Ling. No, she decided. Mai-Ling had noticed the way the handsome stranger studied Abby. He was interested in her. Great, she mused contentedly. Logan Fletcher could do with some competition.

Abby pulled into the parking lot of her low-rise apartment building and climbed off her bike. Automatically she reached for her backpack, which she’d placed on the rack behind her, to get the apartment keys. Nothing. Surprised, Abby turned around to look for it. But it wasn’t there. Obviously she’d left it at the park. Oh no! She exhaled in frustration and turned, prepared to go and retrieve her pack.

“Looking for this?” A deep male voice startled Abby and her heart almost dropped to her knees. The bike slipped out from under her and she staggered a few steps before regaining her balance.

“Don’t you know better than to sneak up on someone like that? I could have . . .” The words died on her lips as she whirled around to face the stranger. With her mouth hanging half open she stared into the deepest brown eyes she’d ever seen—the man from the park.

Her tongue-tied antics seemed to amuse him, but then it could also have been her mismatched socks. “You forgot this.” He handed her the backpack. Speechless, Abby took it and hugged it to her stomach. She felt grateful . . . and awkward. She started to thank him when another thought came to mind.

“How’d . . . How’d you know where I live?” The words sounded slightly scratchy, and she cleared her throat.

He frowned. “I’ve frightened you, haven’t I?”

“How’d you know?” She repeated the question less aggressively. He hadn’t scared her. If anything, she felt a startling attraction to him, to the sheer force of his masculinity. Logan would be shocked. For that matter, so was she. But up close, this man was even more appealing than he’d been at a distance.

“I followed you,” he said simply.

“Oh.” A thousand confused emotions dashed through her mind. He was so good-looking that Abby couldn’t manage another word.

“I didn’t mean to scare you,” he said, regret in his voice.

“You didn’t,” she hurried to assure him. “I have an overactive imagination.”

Shaking his head, he thrust his hands into his pants pockets. “I’ll leave before I do any more damage.”

“Please don’t apologize. I should be thanking you. There’s a Coke machine around the corner. Would you like to—”

“I’ve done enough for one day.” Abruptly, he turned to go.

“At least tell me your name.” Abby didn’t know where the request came from; it tumbled from her lips before she’d even formed the thought.

“Tate.” He tossed it over his shoulder as he stalked away.

“Bye, Tate,” she called as he opened his car door. When he glanced her way, she lifted her hand. “And thanks.”

A smile curved his mouth. “I like your socks,” he returned.

Pointedly she looked down at the mismatched pair. “I’m starting a new trend,” she said with a laugh.

Standing beside her bike, Abby waited until Tate had driven away.