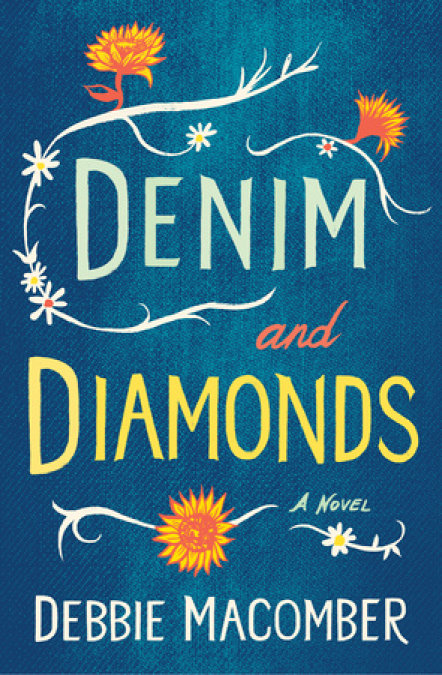 In this heart-wrenching classic novel from Debbie Macomber, two wounded hearts give in to the healing power of love—and learn to trust again.

Letty Ellison left her small town and her high-school sweetheart behind to chase her dreams—but music never worked out. When she returns nine years later, nothing’s changed in Red Springs, Wyoming, except for her. Letty’s a little more humble, she’s a single mom to a beautiful daughter, and she has a secret: she needs surgery for a potentially fatal heart condition. On top of everything, seeing Chase Brown again makes her realize that what she really wants may have been right here all along.

After Letty moved away, Chase poured his hurt and anger into fixing up his family’s ranch. Now that she’s back, he vows to stay as far away from her as possible, and yet he can’t ignore the rush of emotions he feels every time their paths cross. He may be risking heartbreak, but Chase has to face the past to build what he really wants: a future, and a family, with Letty.

“No one tugs at readers’ heartstrings quite as effectively as Macomber.”—Chicago Tribune

“It’s impossible not to cheer for Macomber’s characters. . . . When it comes to creating a special place and memorable, honorable characters, nobody does it better than Macomber.”—BookPage 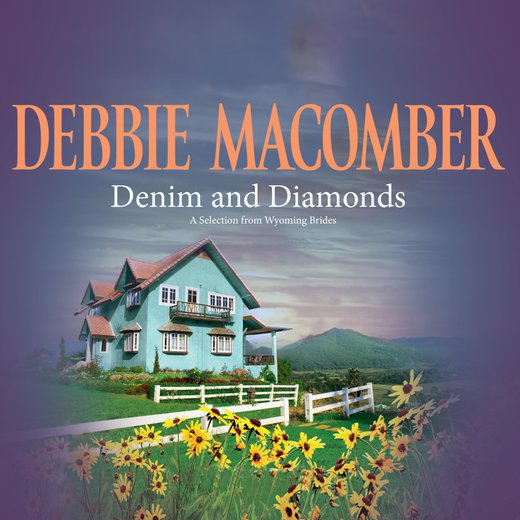 Dusk had settled; it was the end of another cold, harsh winter day in Red Springs, Wyoming. Chase Brown felt the chill of the north wind all the way through his bones as he rode Firepower, his chestnut gelding. He’d spent the better part of the afternoon searching for three heifers who’d gotten separated from the main part of his herd. He’d found the trio a little while earlier and bullied them back to where they belonged.

That tactic might work with cattle, but from experience, Chase knew it wouldn’t work with Letty. She should be here, in Wyoming. With him. Four years had passed since she’d taken off for Hollywood on some fool dream of becoming a singing star. Four years! As far as Chase was concerned, that was three years too long.

Chase had loved Letty from the time she was a teenager. And she’d loved him. He’d spent all those lazy afternoons with her on the hillside, chewing on a blade of grass, talking, soaking up the warmth of the sun, and he knew she felt something deep and abiding for him. Letty had been innocent and Chase had sworn she would stay that way until they were married. It had been hard not to make love to her the way he’d wanted, but Chase was a patient man, and he was convinced a lifetime with Letty was worth the wait.

When she’d graduated from high school, Chase had come to her with a diamond ring. He’d wanted her to share his vision of Spring Valley, have children with him to fill the emptiness that had been such a large part of his life since his father’s death. Letty had looked up at him, tears glistening in her deep blue eyes, and whispered that she loved him more than she’d thought she’d ever love anyone. She’d begged him to come to California with her. But Chase couldn’t leave his ranch and Red Springs anymore than Letty could stay. So she’d gone after her dreams.

Letting her go had been the most difficult thing he’d ever had to do. Everyone in the county knew Letty Ellison was a gifted singer. Chase couldn’t deny she had talent, lots of it. She’d often talked of becoming a professional singer, but Chase hadn’t believed she’d choose that path over the one he was offering. She’d kissed him before she left with all the innocence of her youth, and pleaded with him one more time to come with her. She’d had some ridiculous idea that he could become her manager. The only thing Chase had ever wanted to manage was Spring Valley, his ranch. With ambition clouding her eyes, she’d turned away from him and headed for the city lights.

That scene had played in Chase’s mind a thousand times in the past few years. When he slipped the diamond back inside his pocket four years earlier, he’d known it would be impossible to forget her. Someday she’d return, and when she did, he’d be waiting. She hadn’t asked him to wait, but there was only one woman for him, and that was Letty Ellison.

Chase wouldn’t have been able to tolerate her leaving if he hadn’t believed she would return. The way he figured it, she’d be back within a year. All he had to do was show a little patience. If she hadn’t found those glittering diamonds she was searching for within that time, then surely she’d come home.

The wind picked up as Chase approached the barnyard. He paused on the hill and noticed Letty’s brother’s beloved Ford truck parked outside the barn. A rush of adrenaline shot through Chase, accelerating his heartbeat. Involuntarily, his hands tightened on Firepower’s reins. Lonny had news, news that couldn’t be relayed over the phone. Chase galloped into the yard.

“Evening, Chase,” Lonny muttered as he climbed out of the truck.

“Lonny.” He touched the brim of his hat with gloved fingers. “What brings you out?”

The chill that had nipped at Chase earlier couldn’t compare to the biting cold that sliced through him now. He eased himself out of the saddle, anxiety making the inside of his mouth feel dry.

“I thought you should know,” Lonny continued, his expression uneasy. He kicked at a clod of dirt with the toe of his boot. “She called a couple of hours ago.”

Lonny wouldn’t look him in the eye, and that bothered Chase. Letty’s brother had always shot from the hip.

“The best way to say this is straight out,” Lonny said, his jaw clenched. “Letty’s pregnant and the man isn’t going to marry her. Apparently he’s already married, and he never bothered to let her know.”

If someone had slammed a fist into Chase’s gut, it wouldn’t have produced the reaction Lonny’s words did. He reeled back two steps before he caught himself. The pain was unlike anything he’d ever experienced.

“What’s she going to do?” he managed to ask.

Lonny shrugged. “From what she said, she plans on keeping the baby.”

“Is she coming home?”

“I tried to talk some sense into her, believe me, but it didn’t do a bit of good. She seems more determined than ever to stay in California.” Lonny opened the door to his truck, looking guilty and angry at once. “Mom and Dad raised her better than this. I thank God they’re both gone. I swear it would’ve killed Mom.”

“I appreciate you telling me,” Chase said after a lengthy pause. It took him that long to reclaim a grip on his chaotic emotions.

“I figured you had a right to know.”

Chase nodded. He stood where he was, his boots planted in the frozen dirt until Lonny drove off into the fading sunlight. Firepower craned his neck toward the barn, toward warmth and a well-deserved dinner of oats and alfalfa. The gelding’s action caught Chase’s attention. He turned, reached for the saddle horn and in one smooth movement remounted the bay.

Firepower knew Chase well, and sensing his mood, the gelding galloped at a dead run. Still, Chase pushed him on, farther and farther for what seemed like hours, until both man and horse were panting and exhausted. When the animal stopped, Chase wasn’t surprised the unplanned route had led him to the hillside where he’d spent so many pleasant afternoons with Letty. Every inch of his land was familiar to him, but none more than those few acres.

His chest heaving with exertion, Chase climbed off Firepower and stood on the crest of the hill as the wind gusted against him. His lungs hurt and he dragged in several deep breaths, struggling to gain control of himself. Pain choked off his breath, dominated his thoughts. Nothing eased the terrible ache inside him.

He groaned and threw back his head with an anguish so intense it could no longer be held inside. His piercing shout filled the night as he buckled, fell to his knees and covered his face with both hands.

Then Chase Brown did something he hadn’t done in fifteen years.