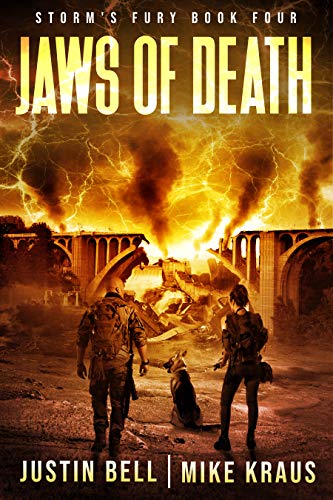 Jaws of Death: Book 4 of the Storm's Fury Series:

The nation is burning. As Joel fights to survive a near-fatal wound, Helen's role as temporary leader will be tested more than ever. Big T and Shawna are about to discover the meaning of "excessive force" while Jack and Laura will find out what happens when a man is pushed beyond his limits and breaks, in Storm's Fury Book 4.