Found in the debris of the plane wreck barely alive, Lexi is finally home. But home doesn't mean safe. Someone powerful, connected, and willing to kill is after her.

Lexi Sobado, code name Lynx, is the young puzzling prodigy with a psychic gift, working for Iniquus. Her job is to support American security and safety, as she hunts through intelligence pieces in order to stop our enemies. This time, solving the puzzle means saving her own life. Rival group Omega has been contracted to bring her in dead or alive. Alive would mean rendition and interrogation.

Already broken from her Honduran imprisonment and escape, Lynx recovers in hiding while she works through the case. She is not alone; Strike Force is in full protective mode, along with her Dobermans, Beetle and Bella. Strike Force commander, Striker Rheas, has won Lynx's heart, but in her world, can there be such a thing as happily ever after? Right now, Lynx's focus is fixed on the dark enemy, threatening not only her and Iniquus, but American defense and safety.

Lives are on the line, can Lynx find the puppet master in time? 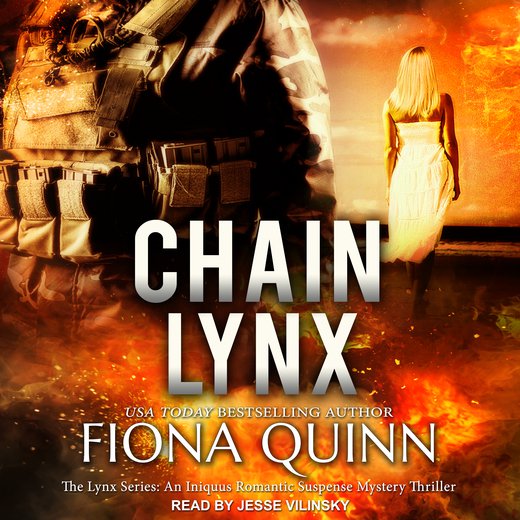 Death was louder than I expected. I didn’t think there would be any noise at all, only a bright light to guide me. Where were my loved ones who had passed on? Shouldn’t they be here to lead me — to help me transition from the corporeal life to life everlasting? Mom and Dad should be here. My husband, Angel. My dear friend, Snow Bird…but I was alone with the sound of thundering wind and yelling.

My body jolted. Liquid fire saturated my skin. I lay smoldering at the edge of a wide abyss. If I slid an inch to my left, I’d fall straight to the Devil’s door. What did I do to find myself at Hell’s Gate? My mind scrambled. I had indeed committed the worst possible of sins. I’d killed four people in my lifetime. Once in self-defense — a psychopath, Travis Wilson, had stalked me and tried to skin me alive. Surely, God would forgive me my will to live.

The other three were bank robbers. They’d taken twenty-two people hostage. A bullet tore through an elderly lady’s brain. The robber was pressing his Glock to a pregnant woman’s temple, making a show of his ruthlessness for the SWAT team outside. I’d been in the building, armed, on an operation for Iniquus. Protecting innocents was just an extension of my job, and killing those men were not sins in my mind. But they must have been, and this must be the road to Perdition.

Something in my soul clung to the idea of justice. Damnation was not the path I would voluntarily roam for eternity. I sensed the Devil, red-faced and gloating, reaching out his craggy hand, laughing as he tried to drag me over the edge. “No!” my mind screamed as I desperately tried to scuttle away from the chasm, the smell, the heat, and the sound. “God, help me. God, please help me.”

As if on cue, peace quenched the inferno that raged through my veins. With the flames from Hell’s threshold extinguished, I floated away from evil into nothingness.

Time danced inevitably forward. I felt solid again. A bright light assaulted my pupils. Not the light of Heaven’s beauty, but a pen light, checking for dilation.

“She’s coming around,” the man in a lab coat said.

Striker’s face came into view. “Lynx? Lynx, can you hear me?”

I tried to work my jaw muscles to respond. I couldn’t. Something large and hard filled my mouth. The trickle of tears sliding down my cheek was the only signal I could muster. The salt stung my cuts and abrasions and burned my face.

“Lynx, if you can understand me, squeeze my hand.” Striker used his commander voice, even and authoritative.

I was loopy. Heavily drugged. But that much I could do.

“Chica, you’re safe. We’re taking good care of you. I need you to keep fighting. Don’t leave me now.”

Unable to move, unable to speak, I closed my eyes and let myself drift back into the peace of the drugs flowing through my IV.

I knew that minutes and hours slid by. But it was an awareness that sat in an armchair, reading a book, muttering over the pages from time to time — not an awareness that actually held my attention or made me think. I lay stupefied on my bed. Slowly, I realized that Striker was rubbing a finger up and down my arm, trying to rouse me.

I worked hard to comply, squinting up at his face through a morphine haze. I felt the sturdiness and strength of his body beside me. I wasn’t hallucinating him. He was real. Real? Yes, solid. Here. The relief I felt rushed through my body like a tidal wave, floated my emotions to the surface, and overwhelmed me. My body shivered under the light cotton blanket.

As I focused on his face, Striker gave me a slightly crooked smile with a hint of dimples. His gaze, steady and warm, held mine, though worry made tire tracks between his green eyes. I breathed in deeply to form a happy sigh, until pain exploded my chest into bright colors, freezing me in place.

Striker’s thumb stroked over my jaw line. As I exhaled, the pain receded into the background.

“They’ve taken out your breathing tube. Can you say something?” He tried to hide the hitch in his voice behind a cough.

I licked my swollen lips. They were crusty and dry under a thick layer of what tasted like Vaseline. It took me a minute and a few false tries to coordinate my tongue and teeth into intelligible words.

“I’m sure it does, Chica.” His grip tightened around my hand, pinching my fingers together. “We had to defibrillate you.”

His vowels and consonants leaped like a gymnast doing floor exercises, swirling and spinning. It was hard to form them into understandable words. Defibrillate. I let the word condense into a thought. “I was dead?”

“When we pulled you from the plane wreck, you had no vitals. You must have just gone into cardiac arrest, because we were able to bring you back right away.”

I tried to shift, but my body only moved centimeters. I couldn’t turn my head. I was fastened by some kind of restraint. I let my gaze take in what I could. Plain, green walls. Fluorescent lighting. An IV stand. I wasn’t in the desert anymore. I wasn’t alone anymore.

“We flew you here to Lackland Air Force Base. You’re in their hospital,” Striker said.

“Texas, then. Not Honduras.”

“You’re on US soil.” His eyes hardened into his assessing look. “That was one hell of an escape plan.”

I tried to screw my expression into a wry smile, but my skin wouldn’t oblige. “My face…can I see a mirror?” I hadn’t seen my reflection in a mirror since mid-February, when Maria Rodriguez kidnapped me and hid me in a Honduran prison. It was what — sometime in late June? July?

Striker locked down his emotions. His facial muscles froze into combat stoicism. What made him brace? I lifted my hands to my face, where my fingers explored the unfamiliar terrain. Bandages and tape crisscrossed over my forehead and down my nose. Scabs, like chicken pox, dotted my cheeks. Everything felt scaly and tight.

Striker eased my hands away, moving them gently down to rest on my stomach. “Lynx, I’d rather you wait a little while before you look in the mirror. You don’t look like yourself right now.” His combat mask slipped a little, and I saw the shadow of sadness and concern written in his eyes. No pity, thank goodness. Pity made me weak.

“You’ve lost a lot of weight,” he said. “You were just over eighty pounds when we brought you in yesterday. Your skin’s pretty badly sunburned. Those sores you’re feeling are from the toxins trying to get out of your system when you were dehydrated.”

“What else?” My voice cracked. I’d love a sip of water. Some ice chips. I wondered if they’d allow that. Somehow, it felt like too much effort to ask.

“Broken nose. Broken ribs and sternum. Trauma to your head and spinal column. The head trauma is worrisome because it’s your second traumatic brain injury in the same year. The doctors are stabilizing you for surgery. Hopefully that’ll happen in the morning if you continue to improve.”

“Because?” When I squeezed his hand for support, the tubing and tape from the IV pulled at my elbow.

“They need to rebuild your sternum and re-attach your ribs. You’re strapped to a board right now.” He reached out and rapped on the surface beneath me so I could hear its solidity. “But when you wake up, they’re going to have you in traction for your spine and neck.” His words became gruff when he drew my hand to his lips for a kiss. “Chica, it was a near thing.” Emotions under his skin and behind his eyes fought for expression, but Striker’s steely will held out, and he maintained his control. As always.

That didn’t mean I couldn’t feel his distress empathically. His energy entwined with mine until I couldn’t tell us apart or tell his pain from mine. One of the many things I hated about ESP.

“I’m sorry. I’m so sorry.” I couldn’t handle the guilt. This whole fiasco was my own damned fault. Poor decisions. Impulsive behavior. Secrecy. I offered Striker the closest thing to a contrite smile as I could form on my inflexible face. I felt like I was treading water — my head lifting just above the black swirl of morphine. It was exhausting to struggle, so I tried to float for a minute. To rest. My words slurred together. “You know, it’s going to feel so good to get home again. We can—”

“No.” Striker’s voice slammed into my thoughts, bringing them to a screeching halt like a brake stopping a barreling car. My eyelids stretched wide.

“You aren’t going home.” He softened his tone. “It isn’t safe. You still have people out there trying to get you.”

Monumentally confused, I played his words over again in my mind. I wanted answers, but the pain had turned into a raging monster, clawing at my chest. I gasped at the shock of it. It pulled all my attention away from here and now, and my questions of what? Why? And, who in the world? Striker pressed the call button. A nurse appeared next to me. That was all I remembered.