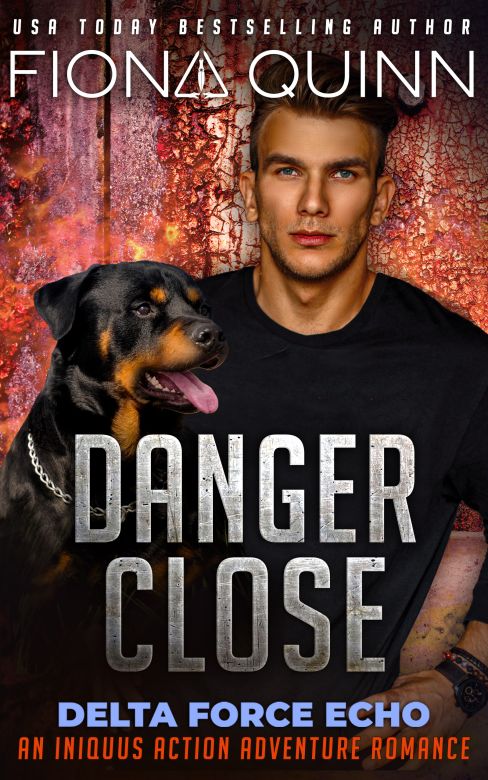 Sometimes danger is even closer than you think…Jett is on her own. As an undercover operator for the Asymmetric Warfare Group in remote Kyrgyzstan, alone is the last thing she should be. So, when help arrives, she’s ready to get out off the mountain and back to civilization. When her teammate’s K9 partner shows up carrying a plea for help, nothing will stop her from racing to the rescue. Not even a sexy Delta Force Echo operator on a mission…Havoc was only supposed to find one AWG operator and bring her into the city to regroup. Saving the rest of her team was not part of his orders. But there’s something about Jett that makes it impossible for him to say no to her. He’ll go where she goes—even if it means navigating treacherous terrain in the middle of potentially deadly civil unrest.Surviving long enough to make it happily ever after won’t be easy. Especially when the stakes are even higher than they imagined, and danger isn’t just close—it’s surrounding them. Jett and Havoc are prepared to do whatever it takes to succeed at saving her missing team…or die trying.Danger Close is a strangers-to-lovers military action-adventure romance.Ready? Grab your copy, and LET'S GO!

The World of Iniquus

Ty moaned and wiped a hand over his face. He’d been hand-picked by White for a psy-ops mission a few months back that included him wooing an asset.

The Echo brothers all raised their fingers to point to Havoc.

“To be honest, ma’am,” Ty said, “he’s the only one left in Echo who’s still single. If you need a Casanova for your next op, he’s your man.”

“Actually,” she said. “There is a woman involved in this mission.” She sent Havoc a wink. She’d hung out with special forces operators long enough that she knew how to give as good as she got. But this time, her face was tense with concern. “Time is tight. I’m sorry to pull you away from your fun and games. But I need to read you into this mission. And I need you winging into position. Now.”