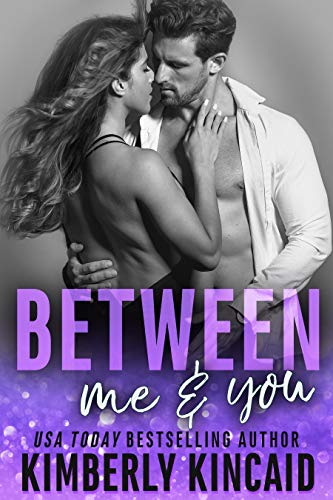 He hates the corporate world.
She's all business.
Now they have to work together
on the one job that could
make or break them both...

Connor became a flight medic
for one reason, and
one reason only.
To help people.
If he can keep his head down
and his past in the past while he's at it?
Even better.

Until Harlow appears to upend his world
with an offer he can't refuse.

She's calculating. Composed.
Scalpel-sharp.
And she'll stop at nothing to make
her father's business successful.

Even if that means teaming up with Connor
to turn around a failing clinic.

He shouldn't like her.
He definitely shouldn't want her.
But the more they work together
the less he's able to resist.

But Connor's secrets run deep.
Will Harlow's ambition ruin him,
or will she be his salvation?

Connor hadn’t even made it more than a few steps over the threshold of the clinic before he’d run into a crush of people in various states of injury or illness. Most of the waiting room chairs were occupied, and after getting one woman an ice pack she should’ve received when she’d been triaged and sending a badly bleeding teenager directly to the ED to get the gash in his arm tended to by a surgeon, Connor finally moved past the intake desk and headed to the office in the back of the building.

The door was shut, but the blinds on the window beside it weren’t, allowing him to see inside. Harlow sat primly behind the sleek, walnut desk, a pair of red-framed glasses perched on the bridge of her nose as she pored over something on the laptop screen in front of her.

Her chin was tilted slightly downward, her gaze focused and serious, and for one bright, impulsive instant, Connor wondered what she looked like when she laughed. With her hair all mussed from sleep. When she was caught up in a moment of pure, hot pleasure, and Jesus H. Christ on a Pop-Tart, was he insane? Of all the times to think with his dick, now was probably the most inopportune. He needed to be completely on guard around this woman, not get all gee-I-wonder about what she looked like halfway to orgasm.

Damn, he’d bet she was really fucking pretty when she laughed, though.

Clearing his throat, Connor forced his spine to full attention and his cock to stand down, then placed a sharp trio of knocks on the door in front of him. Harlow’s ice-blue eyes widened as she looked up from her desk, but only by a fraction, and by the time she’d waved him over the threshold, any traces of surprise had disappeared as if they’d never existed.

“Mr. Bradshaw,” she said, and oh yeah, no. They had to nip that in the bud right freaking now.

“No mister,” he corrected. Guard up. “It’s not really my thing.”

Oh, the shit Declan and the rest of the guys in his unit would give him for that would last days on end. “No lieutenant, either.” Connor shook his head. “Retired military personnel don’t usually go by their rank. It’s kind of considered bad form.”

“I apologize.” Her voice softened by the smallest degree. “I didn’t mean any disrespect.”

“None taken. Connor is fine.”

Just like that, Harlow’s all-business demeanor settled right back into place. “But what will you have the staff call you, then?”

Connor blinked. “Well, my first name has worked up ’til now with everyone in the ICU and ED. I don’t really see a reason to change that,” he said. In fact, he hadn’t even given it a thought.

“You want everyone to call you by your first name,” Harlow said slowly, as if he’d just suggested the earth was flat and they should all go cannonballing over the edge. “The medical staff, the patients. The members of the board?”

He bit back the temptation to tell her he didn’t want to be anything-Bradshaw, especially with the members of the board. He wasn’t some uptight VP who needed to lord his power over other people. “Sure. Why not?”

If the look on Harlow’s face was anything to go by, the answer to Connor’s question was about to arrive adamantly and in list form. “Well, for one, you’re a director now.”

“It’s just a title, like mister or lieutenant,” Connor argued. He knew he should at least try to keep the heat in his veins away from his voice—if he made a big deal about his name, her radar would surely start to ping, full-bore. But come on. Was she seriously trying to tell him how to have his own staff address him? “What people call me isn’t going to affect how I do the job.”

“The title still matters,” she replied. That she’d controlled her words with near-surgical precision didn’t make them any less of an argument. She gestured to the hallway over his shoulder, leading out to the clinic beyond. “All those physician’s assistants and nurses and staff members out there? You’re their boss now.”

Oh, here we fucking go. “So? That doesn’t make me better than they are.”

Harlow surprised him by conceding. Sort of. “No, it doesn’t. But you’re still in a position of power. Business hierarchies exist for a reason, and titles are part of that. How your staff perceives you is going to have a direct impact on your ability to manage them.”

Finally, one (and only one) thing on which they could agree. “I know I’m kind of new to this side of things, but I promise, my ability to manage the staff will be just fine. And since they are mine to manage as the director of ops”—he made sure his tone turned it into enough of a riiiiight? to make it a point and not flat-out provocation before adding—“Connor it is.”

He gestured to the center of the scrubs he purposely hadn’t changed out of, and after a beat, Harlow sat back against her office chair.

“Suit yourself, I suppose. At any rate, I didn’t expect to see you down here so soon.”

“What can I say?” Connor shrugged amiably. “I’m full of surprises.”

“That is an understatement.”