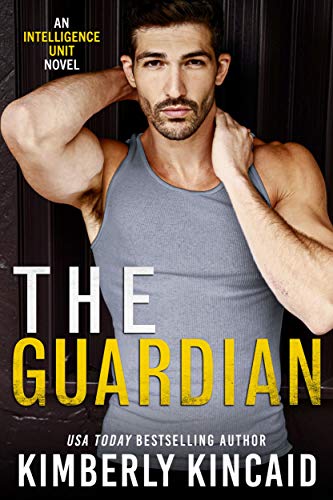 Guard against any danger. Especially if it comes from within.

Detective Matteo Garza doesn't just do the job—he is the job.

So when his little sister's best friend accidentally uncovers a money laundering scheme
led by one of Remington's most cold-blooded criminals,
Garza vows to keep things strictly business as he keeps her safe.

Delia Sutton knows she's not like most people,
just like she knows she needs to forget her ages-old crush on Matteo
and focus on survival.

But the closer they get, the bolder she becomes—
the more she breaks down his carefully crafted barriers to discover the man beneath.

Danger is closer than either of them could possibly imagine
and no one can be trusted.
Delia needs a guardian to fight by her side, and Matteo will do anything to protect her.
No matter who the enemy is.

The Guardian is a scorching forbidden lovers romantic suspense featuring a grumpy Alpha hero who would walk into fire to save the woman he loves and a smart-is-sexy number-nerd heroine who would save him right back. Equal parts heart-pounding suspense and steamy romance. Complete standalone with no cheating and a full (but hard-fought!) HEA.

“What should I do, then? While you investigate?”

Matteo’s expression was unreadable, but that was probably for the best. “Be normal. Not my version, with the bullets and bad guys,” he added, his black-coffee gaze on hers. “Your version. Go analyze cash flow statements and calculate capital gains from the very safe, very secure confines of your office.”

The edges of his mouth hinted upward in what she would call the beginnings of a smile, if she didn’t know better. “I told you, it’s not like TV. Yes, that’s it for now. I assume you got your cell phone replaced?”

Delia thought back to her sole trip out over the weekend. “Yes.”

“Good.” Extending a hand, Matteo looked at her expectantly, and understanding dawned in three, two, one…

“You want my phone?” she asked. But neither his hand nor his stare budged, so she pulled her phone from her pocket.

“Put in your passcode,” he said, taking the phone from her a second later, after she did. “This is my number.” His thumbs flew over the screen. “If you remember anything you think I should know, I want you to call me. If anything strange happens at work, I also want you to call me. And, most importantly, if you feel unsafe for any reason—”

“I get it.” Okay, so interrupting him was borderline rude, but it was embarrassing enough that she’d admitted being scared. Now he thought she needed a guardian?

Rather than relinquish her phone to let her escape with a modicum of pride, Matteo tapped the call icon, his own phone buzzing from the back pocket of his jeans.

“And now,” he said, pulling his phone into view to connect the call, “I can call you as soon as I have an update. Until then, no discussing the investigation with anyone. Not your father. Not Camila. No one.”

She was a terrible liar, but as far as Camila knew, the case was closed, and she hadn’t wanted to worry her father by telling him about all of this. “I understand.”

Taking her phone back from Matteo, she turned to leave. But he caught her just shy of the first step.

“Delia.” His eyes glinted, beautiful even in the harsh fluorescent lighting, as he pinned her with a stare. “I mean it. I want you to call me if you run into trouble. Day or night. Okay?”

Delia’s breath caught enough to soften her reply to a whisper, but she didn’t look away as she promised, “Okay.”