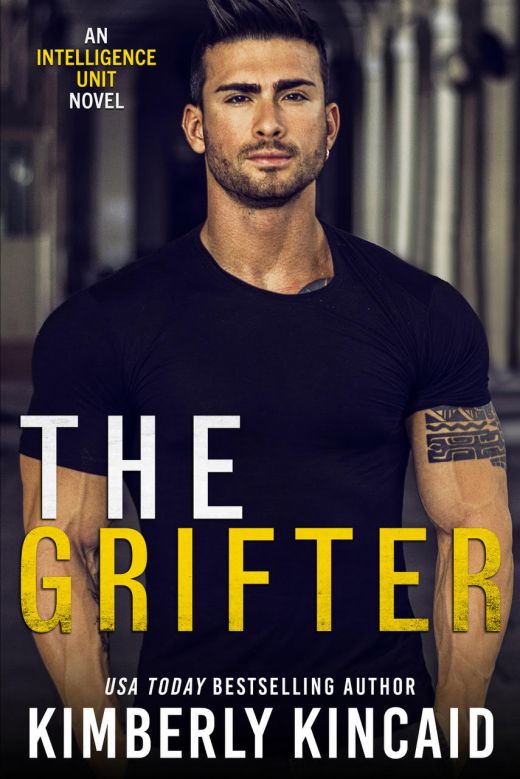 Only one person has ever rocked Detective Shawn Maxwell's titanium composure.
Francesca Rossi, his ex-partner.
His ex-everything.

He hasn't seen Frankie since she left him eight years ago
and now he has to work with her on an undercover case
that could break them both.

But when Shawn's world is turned upside down by the news
that he has a three-year-old daughter,
Frankie stuns him by being an unlikely ally.

The more they're together, the more the walls between them begin to crumble
and the less he can resist the fierce, beautiful woman he fell for.
But their past comes with wounds that run deep
and the present holds danger neither of them see coming.

Frankie walked into the Intelligence office, her head high even though her heart climbed farther up her throat with every step. Sergeant Sinclair had asked her for a few minutes with his unit before he brought her in, which was a-okay with her. She’d needed that long to calm the squadron of butterflies in her chest. He hadn’t mentioned her connection with Shawn in the thirty minutes they’d talked this morning, which meant Shawn hadn’t mentioned it to him. Not a shocker, really—Shawn wasn’t exactly a share-your-feelings-by-the-campfire kind of guy. Or, at least, he hadn’t been. She didn’t know him now, any more than he knew her. Hiding shit wasn’t exactly her MO, but if he wanted to pretend to be strangers, fine by her. She was here to do a job, not take a hop-skip down Memory Lane.

“Detective Rossi,” Sinclair said, his sandpaper voice depositing her back in the intelligence office in a blink. “Perfect timing. I was just getting the team up to speed on the case.”

Although she saw Shawn out of the corner of one eye and felt his presence at her nine—two years of being partners left some things ingrained forever—she kept her gaze trained on Sinclair. “Great. I’m looking forward to getting started.”

Gesturing to the group assembled at their respective desks, Sinclair dove into introductions, even though Frankie had done her homework on all the detectives in the unit the minute her sergeant had signed off on the deal two days ago. “These are Detectives Isabella Walker and Liam Hollister, and our tech and surveillance expert, James Capelli.”

“You, too, Detective Rossi,” Capelli said, and at that, she managed a soft laugh. She’d been bucking tradition her entire life. While most cops went by their last names, she’d always preferred the reverse.

“Frankie, please. Detective Rossi makes me feel like I’m either in court or in trouble with my sergeant.”

“Do you get in trouble with your sergeant a lot?” Hollister asked, with enough of a smile to take any bite from the question.

She mirrored his expression before saying, “Only enough to keep things exciting.”

Walker laughed out loud. “You’ll fit in around here just fine. I go by Isabella, mostly, myself.”

Sinclair kept moving on the intros, and Frankie forced herself into as much calm as she could muster even though her pulse was now a live wire, fast and insistent in her ears.

“Detectives Matteo Garza and Addison Hale,” he said, pausing for the two detectives to lift their chins in greeting. Tough nut to crack and nicest person you’ll ever meet. Check and check.

Smokin’ hot ex-partner who once watched me bleed out on the floor.

Frankie had the span of a breath to take in the new version of the Shawn she’d once known. Larger, leaner muscles pressed hard against his navy blue T-shirt. Elaborately swirled tattoos covering both arms down to his wrists. The shadow of dark hair that was longer in her memory, now shaved tight to his scalp in a skull trim. Stainless steel hoop hugging one earlobe. Jaw so chiseled, Michelangelo would’ve spit with envy.

Dark blue eyes like a one-way mirror, lasering right through her while showing her exactly nothing in return, and damn it. Damn it, she knew exactly what he saw.