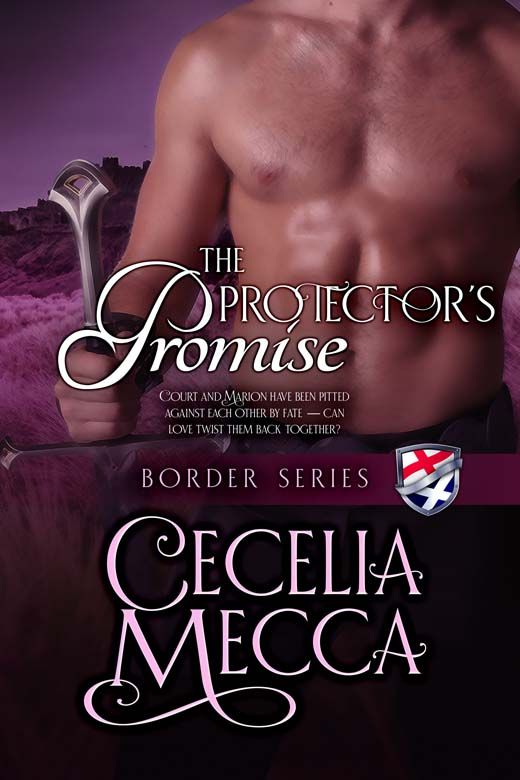 Cecelia Mecca Founding author
Follow
Court and Marion have been pitted against each other by fate—can love twist them back together?
Genres: Ancient World RomanceHistorical RomanceMedieval RomanceScottish & Highlander
Buy now
Available in:

The ProtectorSir William (“Court”) keenly feels his lack of status as a seneschal, running a castle that belongs to Kenshire. When one of the king’s regents offers to grant him both land and a title in exchange for storming a strategic castle in the borderlands, he quickly accepts. But before he can lead the attack, he finds himself inexplicably drawn to the enchanted fairy pools in Scotland, from which he takes a powerful stone. Though he knows naught about the stone’s legend, he senses it will help him. There’s one problem: the stone has an assigned protector who will do anything to retrieve it—and Court will find she’s not so easy to deny.The PromiseMarion has spent her life preparing to do her duty as the Stone of Scotland’s protector. She pledges to take it from the Englishman who’s stolen it, but he’s not at all what she expected. She certainly didn’t consider the possibility that she might fall in love with the handsome, confounding man.The Protector's Promise is the seventh book in a historical romance series set in 13th century Northumbria along the Anglo-Scottish border. If you like being transported to a time of knights and castles with ​a touch of magic, 'The Protector's Promise' is for you.