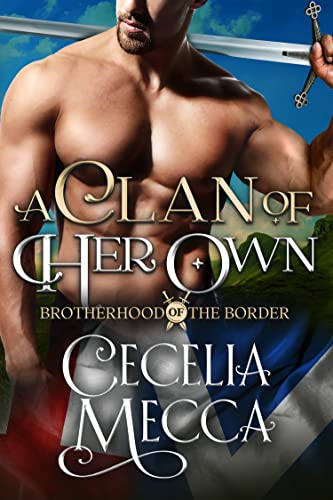 A Clan of Her Own: Brotherhood of the Border

Galien Kerr knew supporting William Wallace could someday get him killed, and it seems someday might come sooner than he imagined. But as he sits in an English dungeon with little chance of release, a flicker of hope emerges from the darkness.

Lady Reina proposes a trade to the handsome, fiery-eyed prisoner: his life for information about her past. Releasing him would certainly incur the wrath of her father and their king, but leaving him in a dungeon cell would keep hidden the secrets she so desperately longs to uncover.

And so she strikes an uneasy bargain with the Scots warrior.

Forced together on their journey to the safety of Clan Kerr, the emerging truth about Reina’s past and Galien's allegiance to the cause—Scotland's fight for independence—threatens to unravel the budding lovers’ bond.

Thirty years after the Border Series ends, a new saga of family, loyalty, and love along the turbulent Anglo-Scottish border begins.

Author's Note: If you like multi-generational families, forced proximity, and historical romance with a bit of extra spice, put A Clan of Her Own at the top of your reading list.