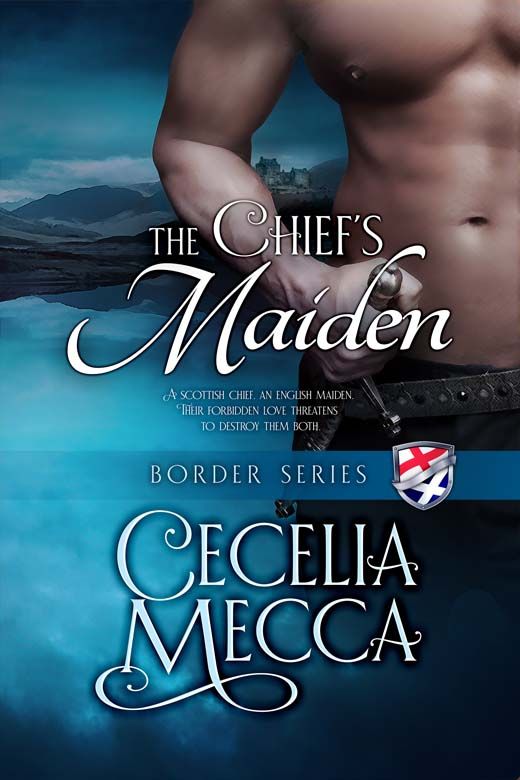 The Scottish king gives Toren Kerr a dangerous but important mission—kill the English Warden. The man’s rumored corruption threatens to destroy the fragile peace along the border, and Toren reluctantly agrees to do his duty. When he travels to England to participate in the Tournament of the North as a cover for his mission, the last thing he expects is to find love, but he’s immediately drawn to a beautiful, mysterious Englishwoman. . . only to discover she’s the warden’s daughter.

Books are Lady Juliette Hallington’s escape from her sheltered life. Tales of romance have convinced her there’s only one reason to marry: love. When her protective father agrees to send her to the tournament with no guardian other than her married best friend, she recognizes her chance to avoid an arranged marriage. But after meeting Toren, Juliette realizes real life is more complicated than tales of love—and the very thing she wants most might consume everything she holds dear.

The Chief's Maiden is the third book in a historical romance series set in 13th century Northumbria along the Anglo-Scottish border. If you like strong female heroines, alpha-male heroes, and sizzling romance, you’ll love the third installment of the Border Series.