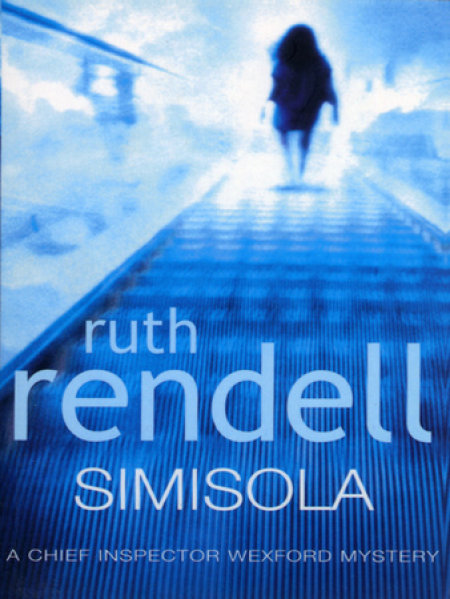 “Ruth Rendell is the best mystery writer in the English-speaking world.”—Time

No one admitted to spotting the doctor's missing daughter—even after the murders began. Melanie Akande, eschewing privilege, had insisted on going to the jobsearch office to find employment. But between that office and the bus stop, she vanished. Inspector Wexford hoped someone would have noticed her, since the Akandes were among the few Africans living in Kingsmarkham. Instead, he had found a middle-aged white woman strangled in bed, and a mysterious black girl buried in a shallow grave.

Now Wexford, seeking connections among the three women, cast his baleful eye on the changes in once rural Sussex—from a Kuwaiti millionaire's Rolls-Royce to the growing slums and dismal hopelessness of unemployed youth. What he can't see among them is the shocking, blood-chilling motive to kill. And what he has yet to find is a doctor's missing child . . .

“One of the author's best!”—The New York Times Book Review 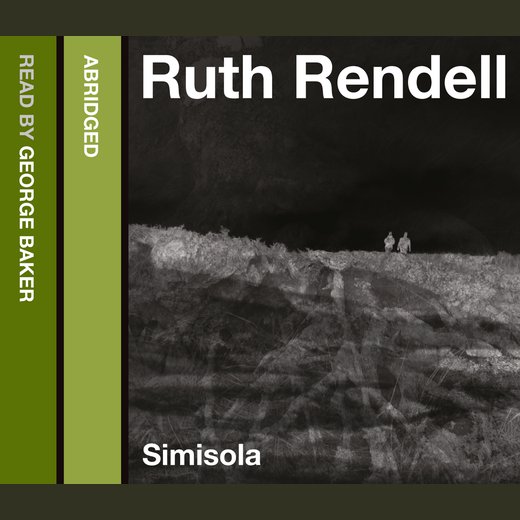 There were four people besides himself in the waiting room and none of them looked ill. The olive-skinned blonde in the designer tracksuit bloomed with health, her body all muscles her hands all golden tendons, apart from the geranium nails and the nicotine stains on the right forefinger. She had changed her seat when a child of two arrived with its mother and homed on the chair next to hers. Now the blonde woman in the tracksuit was as far away as she could get, two seats from himself and three from the very old man who sat with his knees together, his hands clutching his checked cap in his lap and his eyes on the board where the doctors’ names were printed.

Each of the GPs had a light above his or her name and a hook underneath it on which colored rings hung: a red light and rings for Dr. Moss, green for Dr. Akande, blue for Dr. Wolf. The old man had been given a red ring, Wexford noticed, the child’s mother a blue one, which was exactly what he would have expected, the preference for the senior man in one case, the woman in the other. The woman in the tracksuit hadn’t got a ring at all. She either didn’t know you were supposed to announce yourself at reception or couldn’t be bothered. Wexford wondered why she wasn’t a private patient with an appointment later in the morning and therefore not obliged to wait here fidgeting and impatient.

The child, tired of marching back and forth on the seats of the row of chairs, had turned her attention to the magazines on the table and begun tearing off their covers. Who was ill, this little girl or her overweight pallid mother? Nobody said a word to hinder the tearing, though the old man glared and the woman in the tracksuit did the unforgivable, the outrageous, thing. She thrust a hand into her crocodile-skin handbag, took out a flat gold case, the function of which would have been a mystery to most people under thirty, removed a cigarette, and lit it with a gold lighter.

Wexford, who had been successfully distracted from his own anxiety, now became positively fascinated. No fewer than three notices on the walls, among the exhortations to use a condom, have children immunized, and watch your weight, forbade smoking. What would happen? Was there some system whereby smoke in the waiting room could be detected in reception or the dispensary?

The child’s mother reacted, not with a word to the woman in the tracksuit but by sniffing, giving the little girl a vicious yank with one hand and administering a slap with the other. Screams ensued. The old man began a sorrowful head-shaking. To Wexford’s surprise the smoker turned to him and said, without preamble, “I called the doctor, but he refused to come. Isn’t that amazing? I was forced to come here myself.”

Wexford said something about GPs no longer making house calls except in cases of serious illness.

“How would he know it wasn’t serious if he didn’t come?” She must have correctly interpreted Wexford’s disbelieving look. “Oh, it’s not me,” she said and, incredibly, “It’s one of the servants.”

He longed to know more, but the chance was lost. Two things happened simultaneously. The blue light for Dr. Wolf came on and the door opened to admit the practice nurse. She said crisply, “Please put that cigarette out. Didn’t you see the notice?”

The woman in the tracksuit had compounded her offense by dropping ash on the floor. No doubt she would have ground her butt out there too but for the nurse taking it from her with a little convulsive grunt and carrying it off into hitherto unpolluted regions. She was unembarrassed by what had happened, lifting her shoulders a little, giving Wexford a radiant smile. Mother and child left the waiting room in quest of Dr. Wolf just as two more patients came in and Dr. Akande’s light came on. This is it, thought Wexford, his fear returning, now I shall know. He hung up the green ring and went out without a backward glance. Instantly it was as if those people had never been, as if none of those things had happened.

Suppose he fell over as he walked the short corridor to Dr. Akande’s room? Already twice that morning he had fallen. I’d be in the best place, he told himself, the doctors’ surgery—no, he corrected himself, must move with the times, the Medical Center. The best place to be taken ill. If it’s something in my brain, a growth, a blood clot … He knocked on the door, though most people didn’t.

This was only the second time Wexford had been to him since Akande joined the practice on Dr. Crocker’s retirement, and the first visit had been for an anti-tetanus injection when he cut himself in the garden. He liked to believe there had been some sort of rapport between them, that they had taken to each other. And then he castigated himself for thinking this way, for caring, because he knew damned well he wouldn’t have involved himself with likings or dislikings if Akande had been other than he was.

This morning, though, these reflections were nowhere. He was concerned only with himself, the fear, the horrid symptoms. Keeping calm, trying to be detached, he described them, the way he fell over when he got out of bed in the morning, the loss of balance, the floor coming up to meet him.

No, there was none of that, Wexford said, hope creeping in at the door Akande was opening. And, yes, he had had a bit of a cold. But, you see, a few years ago he’d had this thrombosis in the eye and ever since then he’d … well, he’d been on the alert for something like it, a stroke, maybe, God forbid.

“I’m no believer in banning books,” said the doctor, “but I’d personally burn all medical dictionaries.”

“Okay, I did look at one,” Wexford admitted. “And I didn’t seem to have the right symptoms, apart from the falling bit.”

“Why don’t you stick to the judges’ rules and leave diagnosis to me?”

He was quite willing. Akande examined his head and his chest and a few reflexes. “Did you drive yourself here?”

His heart in his mouth, Wexford nodded.

“Well, don’t drive. Not for a few days. Of course you can drive home. Half the population of Kingsmarkham’s got this virus. I’ve had it myself.”

“That’s what I said. It’s a funny one, it seems to affect the semi-circular canals in the ears and they control the balance.”

“It’s really just that, a virus? A virus can make you fall down like that, out of the blue? I measured my length in the front garden yesterday.”

“It’s quite a length to measure,” said Akande. “Didn’t have any illuminating visions, I suppose? No one to tell you to stop kicking against the pricks?”

“You mean visions are another symptom? Oh, no, I see. Like on the Road to Damascus. You’re not going to tell me that was all Paul had, a virus?”

Akande laughed. “The received view is that he was an epileptic. No, don’t look like that. This is a virus, I promise you, not a case of spontaneous epilepsy. I’m not going to give you anything for it. It’ll get right in a day or two on its own. In fact, I’ll be surprised if it doesn’t get right immediately now you know you haven’t got a brain tumor.”

“How did you …? Oh, well, I suppose you’re used to patients with irrational fears.”

“It’s understandable. If it’s not medical books, it’s the newspapers never letting them forget about their health for five minutes.”

Akande got up and held out his hand. Wexford thought it a pleasant custom, that of shaking hands with patients, the way doctors must have done years ago when they made house calls and sent bills.

“Funny creatures, people,” the doctor said. “For instance, I’m expecting someone this morning who’s coming on behalf of her cook. Send the cook, I said, but that apparently wouldn’t do. I’ve a feeling—without foundation, I must tell you, mere intuition—that she’s not going to be too overjoyed when she finds I’m what my father-in-law’s boss used to call ‘a man of color.’ ”

For once, Wexford was speechless.