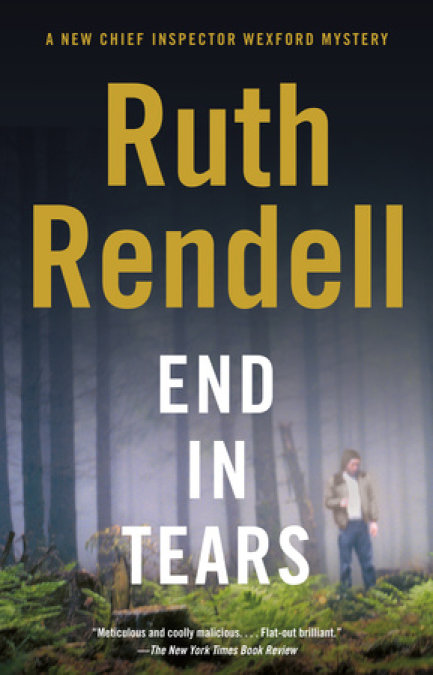 The award-winning author of Babes in the Woods and The Rottweiler brings us another gripping Inspector Wexford novel.

A lump of concrete dropped deliberately from a little stone bridge over a relatively unfrequented road kills the wrong person. The driver behind is spared. But only for a while...

One particular member of the local press is gunning for the Chief Inspector, distinctly unimpressed with what he regards as old-fashioned police methods. But Wexford, with his old friend and partner, Mike Burden, along with two new recruits to the Kingsmarkham team, pursue their inquiries with a diligence and humanity that make Ruth Rendell's detective stories enthralling, exciting and very touching. 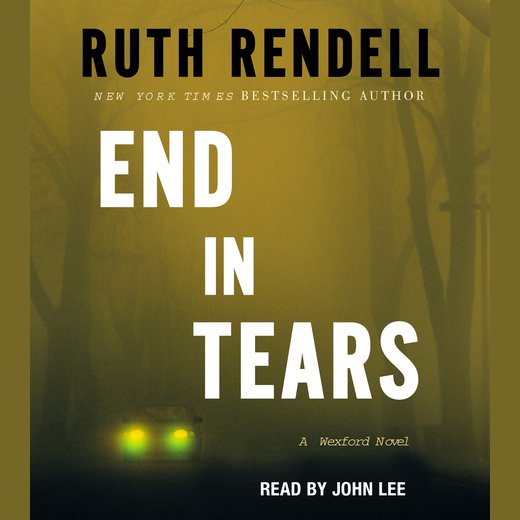 When he lifted it off the seat the backpack felt heavier than when he had first put it into the car. He lowered it on to the soft ferny ground. Then he got back into the driving seat to move the car deep into a cave made by hawthorn bushes and brambles, and the hop vines which climbed over everything in this wood. It was late June and the vegetation very dense and luxuriant.

Getting out again and standing back to take a good look, he could barely see the car. Probably he only saw it because he knew it was there. No one else would notice it. He squatted down, hoisted the backpack up on to his shoulders and slowly stood up to his full height. The movement reminded him of something and it was a moment before he realised what it was: lifting up his little son to sit on his shoulders. A hundred years ago, it seemed. The backpack was lighter than the boy but felt heavier to him.

He was afraid that if he stood upright the pack would jerk him backwards and break his spine. Of course it wouldn’t. It just felt that way. All the same, he wouldn’t stand upright, wouldn’t even try it. Instead, he stooped, bending almost double. It wasn’t far. He could walk like this the two hundred yards to the bridge. Anyone seeing him from a distance in this half-light would have thought him a humpbacked man.

There was no one to see. The twisty country lane wound round Yorstone Wood and over the bridge. He could have brought the car right up to the bridge but that way it would have been seen, so he had driven off the lane along a ride and then through a clearing to find the hop-grown cave. In the distance he thought he heard a car, then something heavier with a diesel engine. They would be on the road below, Brimhurst Lane that ran from Myfleet to Brimhurst Prideaux, passing under Yorstone Bridge ahead of him. It wasn’t far now but it seemed like miles. If his legs gave way he wouldn’t be able to get up again. Would it be easier to drag the backpack? What, then, if he met someone? Dragging something looks much more suspicious than carrying it. He pressed his shoulders back a little and, surprisingly, that was better. There was no one to meet. He could see the lane through the trees and the little stone bridge no one had reinforced with steel or replaced with a brightly painted wooden structure.

Its parapets were low, too low for safety, according to the local paper. The paper was always on about this bridge, and the dangers of the lane and the low parapets. He walked out on to the bridge, squatted down and let the backpack slip off his shoulders to the ground. He undid the flaps and then the zip. Inside, now revealed, was a lump of concrete, very roughly spherical, a bit bigger than a soccer ball. A pair of gloves was also inside the pack. To be on the safe side, he put them on. Though it would never come to anyone examining his hands, it would be stupid to scrape or bruise them.

What light remained was fading fast and with the coming of the dark it grew cooler. His watch told him that it was nine fifteen. Not long now. He lifted up the lump of concrete in his gloved hands, thought of balancing it on the parapet in readiness, then thought again. It wasn’t beyond the bounds of possibility that someone would come along the path he had used and cross the bridge. Wait for the call, he thought. It won’t be long now.

No traffic had passed along the road below since he had come on to the bridge but a car came now, going towards Brimhurst Prideaux, most probably all the way to Kingsmarkham. He closed his hand over the mobile in his pocket, worried because it hadn’t rung. Then it rang.

‘A silver Honda. Should be along in four minutes.’

He heard the line close. It was dark now. A car passed under the bridge, heading towards Brimhurst St Mary and Myfleet. The road dipped where the bridge passed over it and then twisted to the left, almost a right-angled bend. There were tall trees on the corner with thick ancient trunks and a black and white arrow sign opposite, pointing traffic to the left. A minute had passed.

He moved across to the other side of the bridge, dragging the backpack behind him, and there he bent down, heaved up the lump of concrete, his arms straining, and set it on the parapet. Just as well it wasn’t far to lift it. Another minute gone. A white van with headlights on at full beam came from the Myfleet direction, a car following it, to pass, just behind him, a motorbike coming from Kingsmarkham. He was momentarily blinded by the headlights, held in them, which made him curse. No one should see him. The silver Honda with the number he had memorised would be along soon, very soon. The third minute passed. A fourth.

He hated anticlimaxes. The silver Honda could have taken another route. It was all very well to say it never did but you could never say that, not when it came to the way people behaved. He was facing the way it would come, towards Myfleet. It would pass under the bridge but before it reached the left-hand bend . . . He could see lights in the distance. The lights appeared and disappeared as a hedge or a tree trunk cut them from his view, and appeared again. Two sets of lights, not one car but two, both of them silver, quite close together. One was the Honda but he couldn’t tell which, not from here, not in the dark, but he could read the number or the last three digits.

As soon as he had given a great push to the lump on the parapet and felt it drop, he knew he had aimed at the wrong car. The crash was huge, like a bomb. The first car, the one he had hit, ploughed into a tree trunk, its bonnet burst open, its windscreen gone, half its roof caved in. It seemed to have split and exploded. The car behind, undamaged until this point, crashed into its rear and its boot lid sprang open. That was the silver Honda which had been his quarry. As its driver got out of it, screaming, her hands up in the air, he knew he had failed.

He waited no longer but picked up the backpack and moved, looking back once to see the leading car burst into flames. In the brilliant light which illuminated everything he saw for the first time the woman he had tried to kill.