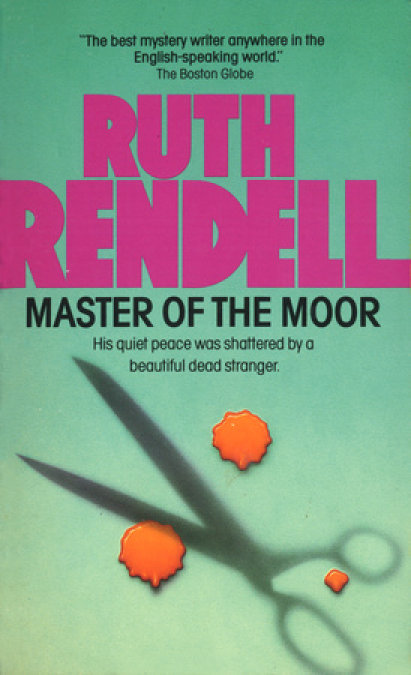 The bleak expanse of Vangmoor was a dark, forbidding place. One victim had been found there, blonde, her face disfigured, her head shorn close to the scalp - killed without motive or mercy. Then a second woman went missing on the moor, and a sense of utter dread gripped the fifty local men who searched for her. Someone watched them in that treacherous place. Was he a killer? Or was he merely angry that a killer had usurped him? For he, and only he, was the Master of the Moor. 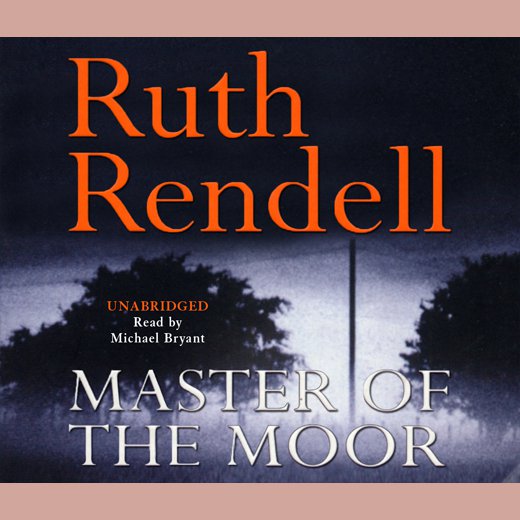 It was the first dead body he had ever seen. At first it had been a shock and had made his heart beat faster. Now he knelt down and looked at the dead girl curiously. Something unpleasant had happened to her face; it was swollen and a greyish-blue colour, and her eyes protruded under strained shiny eyelids. She had been very fair, a blonde, he could tell that by her pale brows and lashes, though not by her hair, for someone had clipped all that off very close to the scalp.

She lay on her back on the grass within the avenue made by the great standing stones, between the ninth and tenth of them on the northern side. It was still early in the morning, 8.30 or so, and he supposed she had lain there all night. The sun was shining and there was an east wind blowing which set the clouds tumbling and their shadows rushing across the shallow hills and the craggy outcroppings. The shadows of the perpendicular stones lay parallel to one another like the teeth of a giant’s comb. It was very cold, the biting brilliant cold of April in the middle of England. The girl was dressed in jeans, a thick sweater and a thick quilted jacket. She had been a slender, tallish, very young girl. He had known at once that she was dead. Now for the first time he touched her skin, the skin of her forehead, with his fingertips. It felt like marble, like the angel on the Tace tomb in Chesney churchyard, as cold and as unyielding.

His instinct was to lift her up and carry her down the hillside to the village. He was strong enough to do that without effort. But memories came to him of books he had read and films he had seen. She must be left there for the police, he must get the police. What a climax to a moorland walk! He had left home a little before eight, having put a cup of tea on the bedside table next to Lyn, walked through the village and climbed the fell. An ordinary walk on the moor, such as he had taken two or three times a week for years and years. What had he been thinking about? A kitten, of all things. He had been thinking about buying Lyn a kitten for her birthday, and as he came up to the great dolmen, had paused to look at it for the thousandth time, he had seen the bundle on the ground. An incongruous coloured speck among the green and the grey. A patch of red and blue with the head of a damaged doll.

After a while he got up from his knees. He had a strange sensation that for many minutes he had been holding his breath, though he couldn’t of course have been doing that. The girl’s eyes were exactly like the turquoise blue marbles he and Peter Naulls had played with as children. He took in deep breaths of the clean, icy moorland air. High above him a hawk hung like a pendulum. The wind had torn open a rift in the clouds and the sky revealed was as blue as those dead eyes. He turned his back abruptly and walked away. He walked back the way he had come and let himself out by a gate in the railing where a metal notice planted in the earth read: Department of the Environment. Ancient Monument. The Foinmen. The hawk dropped to the ground, rose again in a flurry of striped feathers.

In those parts where they call hills foins and mineshafts soughs, the paths that ascend the hillsides in hairpin bends are crinkle-crankle paths. He made his way down the crinkle-crankle path that traversed Chesney Fell. He took long strides and he walked fast but he walked easily too and without great exertion. His body was a strong vigorous machine which the moor had developed and sustained. He wore an anorak over a wool sweater with a polo neck and he wore tough cord jeans and walking boots. He was twenty-nine but he looked younger because his hair was fine and very dark and his skin a fresh white and red. On the cold air as he made his way down his breath blew like smoke.

The clock on the tower of St Michael-in-the Moor chimed nine as he came onto the road. The milkman’s van was on the green; Mrs Southworth from the Hall was at the pillar box, posting a letter. He walked on away from the green and the houses up the bit of the Jackley road from which Tace Way turned off. The council houses, of fudge-coloured brick, stood in two rows and a horseshoe shape with a screen of Leyland’s cypress hiding them from the village. The moor was all round the saucer in which Chesney lay but the best views of it were from his house, the last house before the road curved round.

Lyn’s mother, still in a dressing gown, was watching from her downstairs window. She waved and he waved back. He waved too at Kevin Simpson who was getting his car out. He waved and grinned as if nothing had happened. The wind came whipping off the moor and bent the cypresses as if they were blades of grass.

Lyn heard his feet in the sideway and opened the back door to him. Though she was dressed, her long fair hair was still in pigtails, the way she wore it at night. She looked like a tall little girl.

‘I hadn’t got far. Oh, Lord, darling, there’s something pretty ghastly up there. A girl and she’s dead. I found her lying among the Foinmen.’

It occurred to Lyn — fleetingly, to be gone in a moment — that most men would have broken such a thing more gently to their wives. She spoke steadily in her soft, low voice, ‘What do you mean “dead”, Stephen? Do you mean she’s had an accident?’

He shook his head. ‘Her face is all blue. And her hair’s gone, someone’s cut off all her hair.’

These days when Lyn had a shock it made her shake. No matter how controlled and calm she might sound, her hands would shake and sometimes her whole body. Her mother said it was all nerves, but what had she to be nervy about? Her body began its trembling.

‘Pretty frightful, isn’t it? She’s been murdered. Strangled, I should think. I’d be willing to bet she’s been strangled. Oh, Lord, now I’ve upset you.’

They were standing close, looking at each other. She put her arms round him and held him tightly. He allowed her to hold him but it was an effort, he was impatient to act, to get to the phone. She let him go.

‘Where?’ the man on the phone said.

It amazed Stephen how little local people knew of their countryside, their heritage really. Those Simpsons, for instance, who knew the Foinmen no better than they knew Stonehenge, Dadda who bragged he hadn’t been on Vangmoor these twenty years. ‘At the Foinmen,’ he repeated, ‘between the ninth and tenth stones on the north side.’

‘The best thing’ll be for you to show us, Mr Whalby. You stay where you are and we’ll come to you.’

Stephen wasn’t having that. ‘I’ll meet you on the green. I’ll be waiting for you on Chesney Green.’

While he was on the phone Lyn’s sister had come in, big-boned, yellow-haired Joanne, only nineteen and married six months. Her voice was as strident as Lyn’s was gentle.

‘I don’t reckon I ought to have shocks like that in my state of health.’

‘Come on, love, don’t you know when I’m kidding? I’m going to dash back and tell Kev. Does Mum know?”

Stephen went out again. Joanne and her mother were talking on Joanne’s doorstep. He didn’t stop. He walked back down to the green and waited out of the wind on the churchyard side. Between the lychgate and St Michael’s ancient oak door was the Tace tomb, white marble, black bronze and Giacometti’s agonized angel with wings like fishbones. Stephen leaned over the gate, waiting for the police. The square tower of the church was built out of the dun-coloured limestone called foinstone and so were all the cottages and Chesney Hall itself. Long ago it had been quarried out of a deep pit called Knamber Hole. You could see Knamber Foin from here, a bleak mass of rubble rising out of a plain that was grey, smoky-looking with the leafless boughs of ten thousand little birch trees. Clouds shadowed densely those south-eastern parts, but the north and west were broadly lit by the sun, the higher hills gleamed in sunshine, and a flock of birds flew across the expanse of blue sky above Big Allen.