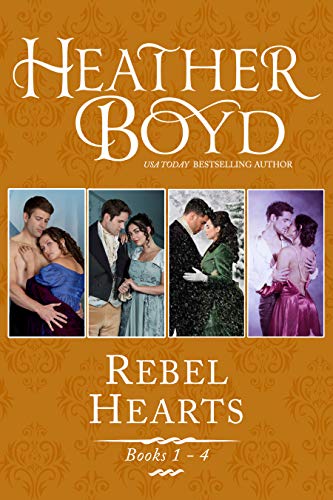 THE WEDDING AFFAIR: Sparks fly as Lady Sally Ford's first love returns just in time to witness her wedding to another man. But with every argument and stolen moment, their former passion reignites as if it had never waned.

AN AFFAIR OF HONOR: Seeking escape from a marriage minded miss, Captain William Ford makes a desperate bargain with the maid who saved his life in return for acting the part of his lover—only to end up in a very real marriage of convenience.

THE CHRISTMAS AFFAIR: A lonely shopkeeper offers shelter to a not so innocent miss to overcome the bitter memories of Christmases past, but could such a wicked connection ever lead to a happily-ever-after?

AN AFFAIR SO RIGHT: Heartbroken and desperate, an unmarried lady enters the employ of a disastrously disorganized and distracting viscount in a bid to prove her father's death more than an accident.