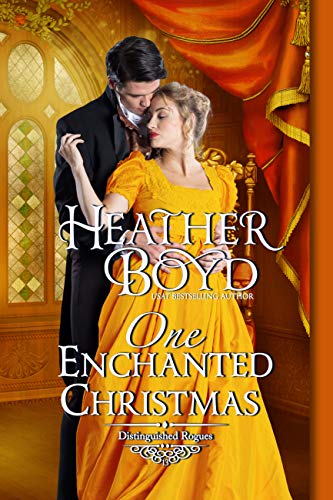 Margaret Stockwick is still mourning the loss of her beloved parents when her brother whisks her away from the family estate. Unbeknownst to Meg, Hector has no plans to allow her to return. Instead, he'll see her ensconced in London after the Christmas season to be married off as quickly as possible, thereby relieving himself of any further responsibility for her welfare. Meg is devastated; not only by her brother's betrayal, but at the prospect of spending the holidays with his best friend, the roguish Lord Clement.

Otis spends nearly all his days at his family's estate, the better to protect his mother and siblings. But his greatest wish is to remove them from beneath the thumb of his scheming father. Then Lord Vyne presents a wager—marry in three months, and Otis can win a bit of freedom for his family. It's a gamble Otis intends to win. But not with the chit his father's chosen, an arrangement based on financial gain. No. Otis is determined to marry for love and mutual respect...and it isn't long before he finds the lovely Meg inspiring both.