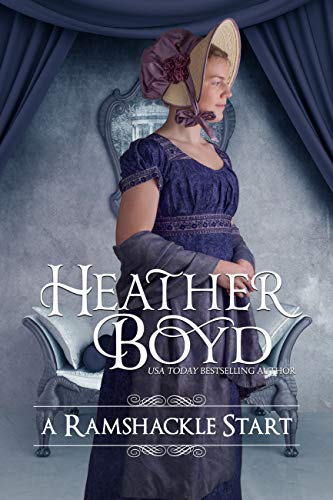 Tessa Abbott had never known contentment until she came to stay with her distant cousins, the Coopers. But it's the eve of a wedding, and nothing will ever be the same again. When the bride and groom finally leave, Mrs. Cooper will be taking a holiday, and Tessa will be sent away from the only place she's ever wanted to be...at home with the man of her dreams.

When Robin Cooper took in Tessa Abbott, he found a kindred, though wary, spirit he soon wished to spend the rest of his life with. But finding opportunities to declare his interest has been impossible with his family demanding almost all of Tessa's attention. So he's made a plan for after the wedding. She's the plan. She just doesn't know it yet.

* * *
This is a standalone regency romance short romp.