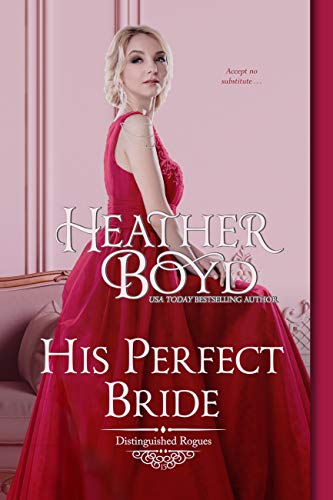 After the loss of her husband—and her left foot—Ophelia Shaw threw herself into running his distinguished cousin's country estate, to great success. But managing the Duke of Montrose himself was never a task she'd anticipated...until he returns from London without a bride, determined never to search for another. Well aware of the gruff duke's appeal, Ophelia is equally determined to change his mind and school him in the art of courtship—only to be swept off her one remaining foot!

Harry has returned home to the Widow Shaw in a very bad mood indeed, though not because he was jilted. In truth, the one woman he wants is not the lady who received his proposal. Now, Ophelia is resolute he should try again, insisting love doesn't always happen at first sight. If she only knew... To placate her, Harry agrees, keen to have his “lessons” over and done with. They'll either prove Ophelia wrong—or deliver his perfect bride right into his waiting arms.