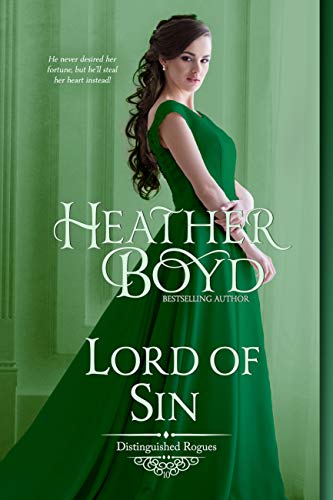 In the battle between love and duty, the heart has the most to lose...

Despite his previous irksomeness, Lord Julian Wade has become a dear confidant to Portia Hayes. He's proven attentive, honorable, clever, and would make many a lady a fine catch. Not herself, alas. Wade has naught but lint in his pockets, and Portia is expected to make an advantageous match. Her recent betrothal to the Duke of Montrose thrills her parents, but as she learns of his unfavorable reputation—and equally untenable behavior—Portia's happiness is less assured. As is her chance of being loved.

Julian Wade may have lost the battle for Portia's hand, but her heart has yet to be won. Certainly his old enemy Montrose is unworthy of her affections, and indeed, it seems the dastardly duke is up to his usual unsavory tricks. But Julian has a few tricks of his own, as well as the support of dear friends. Penniless though he may be, should he win Portia's love once and for all, Julian may yet prove to be the richest gentleman about Town.