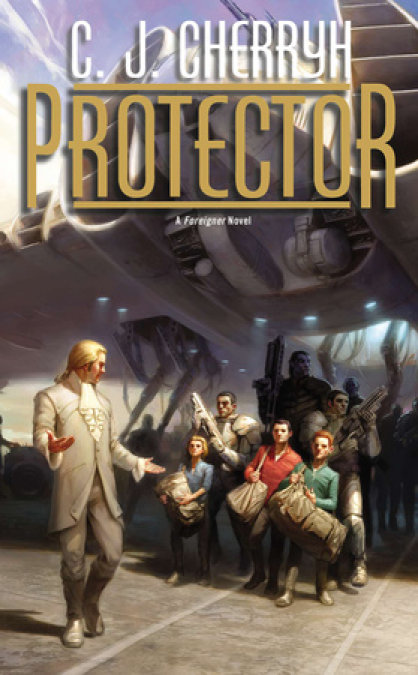 The fourteenth novel in Cherryh’s Foreigner space opera series, a groundbreaking tale of first contact and its consequences…

Civil war on the world of the atevi is finally over. Bren Cameron, brilliant human diplomat allied with the dominant Western Association, has finally returned to the capital from the southern coast, where he negotiated a daring redistribution of the atevi legislature. Now, Bren is settling back into the capital, in the home he knew prior to the war—but life at the atevi court is never easy.

Tabini-aiji, head of the Western Association and Bren's ally, has promised his son, Cajeiri, that he can have the young human children he knew from his voyage on the world's space station sent down to the planet for a birthday celebration.

But there's far a darker business going on in the background—a major split compromising the Assassins' Guild, which furnishes security and law enforcement to the whole continent. Tabini's consort's own father has been barred from court, and may be involved in a new conspiracy against him. Tabini wants Bren to take charge of Cajeiri, and see him and his young guests to safety, all while keeping the security problem a state secret.

Can Bren protect Cajeiri and the unsuspecting human children who are to be guests in an atevi household that is on the brink of political explosion?

The long-running Foreigner series can also be enjoyed by more casual genre readers in sub-trilogy installments. Protector is the 14th Foreigner novel, and the 2nd book in the fifth subtrilogy.