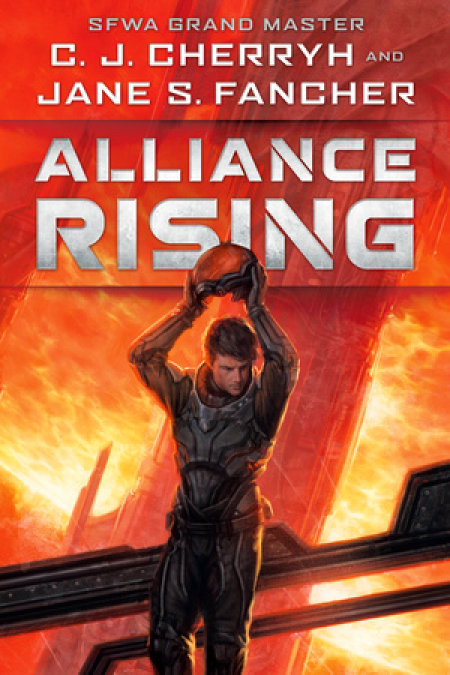 For years, the stations of the Hinder Stars, those old stations closest to Sol, have lagged behind the great megastations of the Beyond, like Pell and Cyteen. But new opportunities and fears arise when Alpha station, the oldest of them all, receives news of a huge incoming faster-than-light ship with no identification. The denizens of Alpha wait anxiously for news about the outsiders, each with their own suspicions about the ship and its motivations.

Ross and Fallon, crew members of the Galway, believe the unidentified ship belongs to Pell and has come to investigate another massive ship docked at Alpha, The Rights of Man. Though Rights is under the command of the Earth Company, it is not quite perfected—and its true purpose is shrouded in mystery.

James Robert Neihart, the captain of the strange ship—finally identified as one of the two largest ships of the Beyond, the Merchanter vessel Finity's End—has heard whispers of The Rights of Man and wonders at its design and purpose, especially as Sol has struggled to rival the progress of the Farther Stars. Now docked at Alpha, he must convince the crews that there is more to The Rights of Man than meets the eye.

Because the reasons behind the creation of The Rights of Man, and its true plans, could change everything—not just for Sol, but for the Hinder Stars and the Beyond itself.