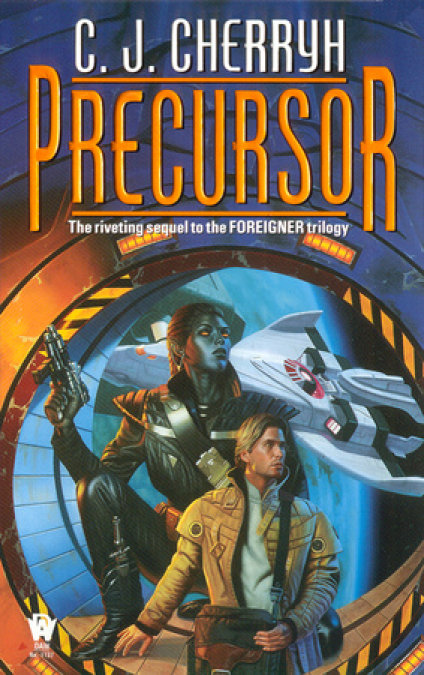 The fourth novel in Cherryh’s Foreigner space opera series, a groundbreaking tale of first contact and its consequences…

Over three years have passed since the reappearance of the starship Phoenix, which two centuries before left an isolated colony of humans on the world of the volatile atevi. Since that time, humans have lived in exile on the island of Mospheira; but the unexpected return of the Phoenix has shattered the fragile political balance of these two nearly incompatible races. For the captains of the Phoenix offer the atevi something the Mospheiran humans never could—access to the stars.

For three breakneck years, the atevi labor to build a space shuttle which will bear their representatives to the Phoenix, to strengthen connections with their new human allies and retain their bid for control of their world. But as soon as the shuttle proves spaceworthy, the captains of the Phoenix suddenly recall their planetary delegates, breaking diplomatic contact and initiating a vicious bid for political dominance.

But the powerful head of the atevi's Western Association is not to be outmaneuvered, and he sends his own diplomat, or paidhi, Bren Cameron, into space to negotiate. Thrust into a political maelstrom with almost no preparation, can Bren gain control of the station and political supremacy for the atevi without sparking a three-sided interspecies war?