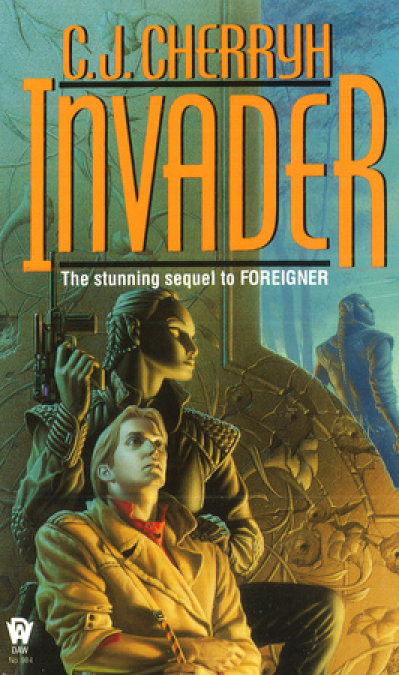 The second novel in Cherryh’s Foreigner space opera series, a groundbreaking tale of first contact and its consequences…

Nearly two centuries after the starship Phoenix disappeared into the heavens, leaving an isolated colony of humans on the world of the atevi, it unexpectedly returns to orbit overhead, threatening the stability of both atevi and human governments.

With the situation fast becoming critical, Bren Cameron, the brilliant, young paidhi to the court of the atevi is recalled from Mospheira where he has just undergone surgery. But his sudden and premature return to the mainland is cause for more than mere physical discomfort. For during his brief absence, his government has sent his paidhi-successor, Deana Hanks—representative of a dangerous archconservative faction on Mospheira who hate the atevi. And though she should depart when Bren is once again able to fill his post, no recall order comes.

Cut off from his government and haunted by the continuing threat of assassination, Bren realizes his only hope may be to communicate directly with the Phoenix as the spokesman of the atevi—an action which may cut him off for good from his own species. Yet if he doesn't take this desperate and illegal action, he may be forced to helplessly bear witness to the final destruction of the already precarious balance of world power.