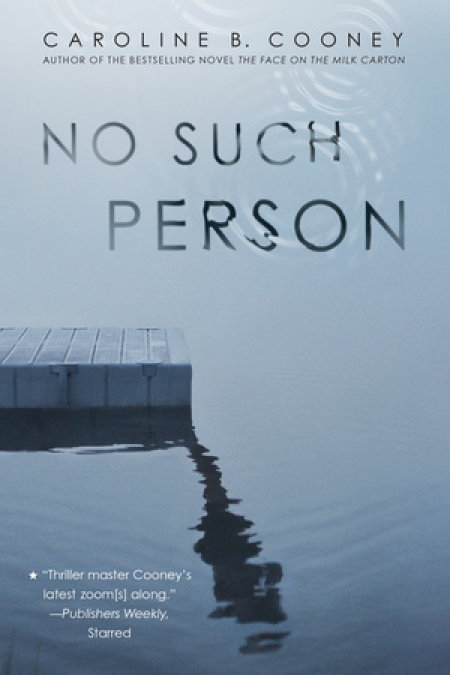 From the author of the multimillion-copy bestseller The Face on the Milk Carton, comes a new riveting audiobook.

Murder. One of the Allerdon sisters has been charged with a pre-meditated killing and taken to jail. It doesn't seem possible--but it's happening. What was supposed to be a typical summer is anything but for this seemingly ordinary family.

Shortly after they arrive at their cozy family cottage on the river, Lander meets and is smitten witha handsome young man, and they begin to date. Miranda has a bad feeling about her sister's new boyfriend. And when the family must deal with an unimaginable nightmare, Miranda can't help feeling that the boyfriend has something to do with it.

The police say they have solid evidence against Lander. Miranda wants to believe in her sister when she swears she is innocent. But as Miranda digs deeper into the past few weeks of Lander's life, she wonders why everything keeps pointing to Lander's guilt. 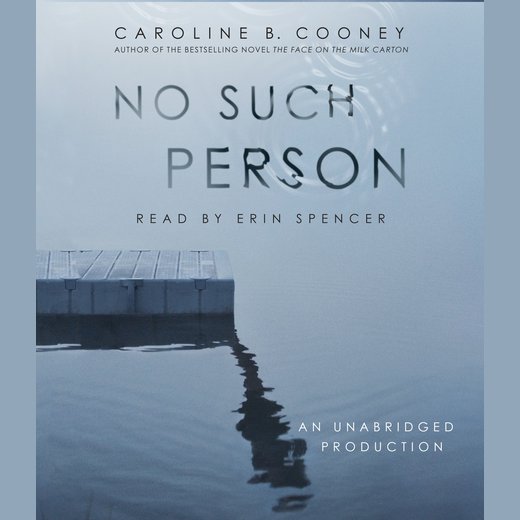 At first the police are casual.

She too is casual. Puzzled, but not worried.

The questions frighten her.

Where are the police going with this? They are not giving her time to think. Her tongue is dry and tastes of metal. Her hands are damp. Her breath is ragged.

It’s difficult to swallow. Her voice rises in pitch. The police seem pleased by her fear.

They have found the gun. They are holding it in a handkerchief. The crisp white cotton hangs down and the small dark weapon is thrust into her face for identification.

They are standing too close to her, but she cannot back away. There is nowhere to go.

“Yes, but it was just target practice,”  she says. She looks into the woods beyond the police officers. The towering trees are thick with vines and undergrowth, noisy with the clamor of insects. The heat of the day is crushing. Does she really prance into those woods? Hold a real gun and shoot a real bullet?

She is blinded by the horror of what they are saying now.

She stares at the gun. It is small and stubby. It will have her fingerprints on it. Her palm print.

“Red bandanna,”she explains, gulping air into her lungs. “We tied it to a tree. For target practice.”

She has never touched a gun before. She is anti-gun. She believes that people who own and use guns are sick and must be controlled. She would never live in one of those states where people shoot for the fun of shooting. Only people in the army should use guns and even then, they should only be peace-keepers.

But there she was, a few hours ago: giggling, happy, flirting, going along with the idea. Using the gun herself.

They want to know more about him.

She gives them his name and is frightened by how little else she knows. How few facts she can come up with. This is impossible. Of course she knows something about him.

They feel the same. Of course you know.

She shakes her head. It does something to her body. Now she’s shaking all over.

They want her to come with them. She cannot seem to coordinate her feet. They pull at her to get her going. She is horrified by their hands on her. She draws her elbows in and hunches down. Her teeth are chattering.

She wants to see the dead person, but they won’t let her. It’s a crime scene, they explain. They imply that she has already seen it.

No! she thinks. There was no one there. It didn’t happen.

The police stare at her. Their eyes glitter. She is a fawn surrounded by wolves.

She and the police walk up a path. She has not noticed the path until now. The salt marsh is on her right, the reeds taller than she is. Impenetrable. Quivery in the wind. The woods are on the left. The ground is low-lying and often flooded, so debris piles up against the tree trunks.

She can barely find a place to put her feet, never mind her thoughts.

This cannot be happening.

She is a good person. A moral person. A successful person.

Someone in the woods is dead by gunshot? They must be wrong about that.

There was nobody there, she tells herself. I didn’t shoot anybody.

They have reached a road. She is surprised to find pavement so close. Coming by water, the place seemed so remote. She doesn’t recognize the road, which is confusing, because she is a local. It must be someone’s driveway. But she sees no house. Instead she sees a police car. Parked behind it are two more police cars.

They open the back door of the cruiser. The back is where prisoners go. They are opening that door for her. She stops walking. She tries to grip the soil with the bottoms of her sneakers.

The female officer asks what is in the pocket of her Bermuda shorts. “Is it a weapon? Anything sharp?”

It is her cell phone, of course. They do not let her pull it out. They take it.

Her hand actually aches for the weight and texture of that little rectangle. The cell phone is her best friend. It never lets her down.

Now it is evidence.

She has not agreed to this. She will be lost without her phone. She must have it back. She reaches to retrieve it, and they glare at her as if she is overstepping the bounds, to want her own cell phone in her own hand.

They tell her to get into the back of the police car.

Rarely in her life has she even been nervous. Now fear owns her, like a dog holding a duck in its teeth. She shoves at the fear, but it is a police officer she is hitting. They take her arm. Not roughly, but as if it is theirs. She tries to pull free. They’re too strong.

They shout at her to calm down and behave.

Nothing will make her get into that police car. This is not her life! This is not--

They grip her shoulders and elbows. They pull her arms behind her.

They are going to put handcuffs on her wrists.

She doubles over, drags them down, tries to head butt them.

They are shouting in her ear, deafening her, trying to knee her into the car.

She is screaming, kicking. She would bite them if she could.

She is an animal. Intelligence, knowledge and poise are gone. She who dislikes bracelets, can’t stand the jangle, is irritated by how they slide up, slide down--she now has bracelets that cannot be removed.

They tell her to be good; to cooperate. Act your age, they say, as if she is having a tantrum in kindergarten.

She fights so hard it takes four of them to trap her in the backseat of the police car, and before they are done, they have also fastened her ankles together with a padded Velcro strip, like a massive Band-Aid.

They close the door.

The brutal metallic slam shuts her up. She stops screaming. She doesn’t look left or right, up or down. She freezes, hoping it will all go away, like a shadow in the night.

I won’t cry, she tells herself.

The tears stream down her face. She has no tissue. She can’t even use her short sleeve because of the way her wrists are fastened.

There is so much horror in her mind that she can’t arrange it; can’t assess it. Pieces of nightmare fly in her face like the wings of vultures; like carrion birds eager to chew on her flesh.

Why do they think I did it?

What if they are right?

Am I a killer?