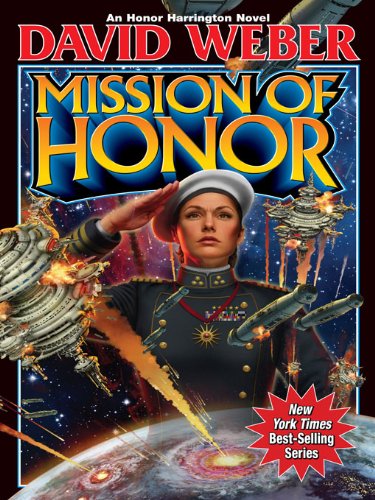 The Star Kingdom of Manticore and the Republic of Haven have been enemies for Honor Harrington's entire life, and she has paid a price for the victories she's achieved in that conflict. And now the unstoppable juggernaut of the mighty Solarian League is on a collision course with Manticore. The millions who have already died may have been only a foretaste of the billions of casualties just over the horizon, and Honor sees it coming. She's prepared to do anything, risk anything, to stop it, and she has a plan that may finally bring an end to the Havenite Wars and give even the Solarian League pause. But there are things not even Honor knows about. There are forces in play, hidden enemies in motion, all converging on the Star Kingdom of Manticore to crush the very life out of it, and Honor's worst nightmares fall short of the oncoming reality. But Manticore's enemies may not have thought of everything after all. Because if everything Honor Harrington loves is going down to destruction, it won't be going alone. At the publisher's request, this title is sold without DRM (DRM Rights Management).