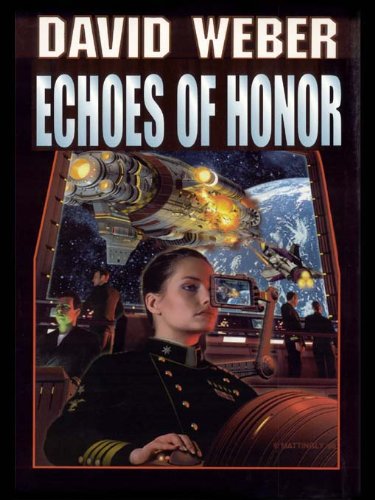 BACK FROM HELL For eight bloody years, the Star Kingdom of Manticore and its allies have taken the war to the vastly more powerful People's Republic of Haven, and Commodore Honor Harrington has been in the forefront of that war. But now Honor has fallen, captured by the Peep Navy, turned over to the forces of State Security ... and executed on the interstellar network's nightly news. The Manticoran Alliance is stunned and infuriated by Honor's death and grimly resolved to avenge it. Yet their military is over-extended and the People's Republic is poised to take (he offensive once more, this time with a new strategy, new weapons, a new command team, and a whole new determination to win. The war is about to enter a phase of unprecedented ferocity . . . and the Alliance is on the short end of the stick. But even as powerful Peep fleets hurtle towards their objectives, neither they nor the Alliance are aware of events occurring on a distant, isolated, inescapable prison planet called Hell. For what no one knows, not even State Security, is that Honor Harrington is not dead. She and a handful of her people are trapped on Hell, and determined to disprove the Peep boast that no one can ever escape it. Honor Harrington is going home, and taking her people with her... even if she has to conquer Hell to do it. At the publisher's request, this title is sold without DRM (DRM Rights Management).