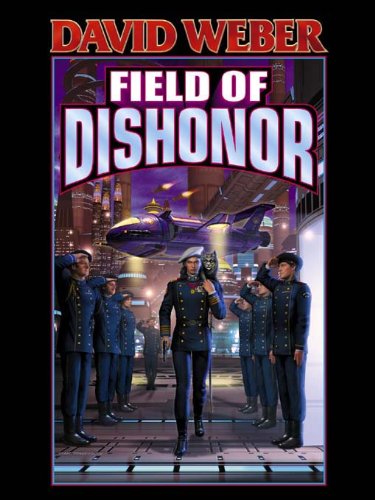 HONOR BETRAYED The People's Republic of Haven's sneak attack on the Kingdom of Manticore has failed. The Peeps are in disarray, their leaders fighting for power in bloody revolution, and the Royal Manticoran Navy stands victorious. But Manticore has domestic problems of its own, and success can be more treacherous than defeat for Honor Harrington. Now, trapped at the core of a political crisis she never sought, betrayed by an old and vicious enemy she'd thought vanquished forever, she stands alone. She must fight for justice on a battlefield she never trained for in a private war that offers just two choices: death . . . or a ''victory'' that can end only in dishonor and the loss of all she loves. *** David Weber is the new Big Name in science fiction, and his dauntless Honor Harrington has conquered not only the enemy but the hearts of thousands of readers everywhere, who have been relentlessly demanding Honor's exploits in a more permanent form. And we're happy to oblige. At the publisher's request, this title is sold without DRM (DRM Rights Management).