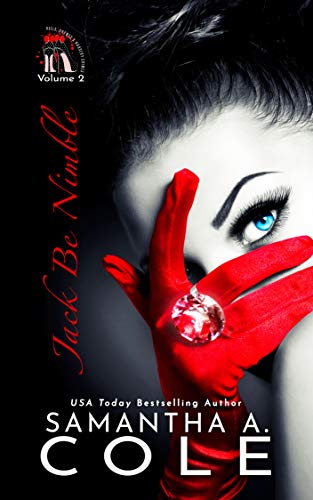 Jack Be Nimble: Before she was a deadly spy, she was a wanted thief!

Fourteen-year-old Jordyn Alvarez, the daughter of a prominent businessman and a former Miss Argentina, has the ideal life, until it all falls a part in one violent act. Crying herself to sleep every night in an orphanage, after having her inheritance stolen by greedy relatives, she's rescued by the black sheep of the family—Uncle Iggy, an international jewel thief. Ill-prepared to raise a teenage girl, Iggy does the best he can, bringing her to the US and teaching her the tricks and tools of his trade.

Years later, in the wake of her uncle's death, Jordyn finds herself alone in the world again. With her extensive training, she takes over Iggy's illegal operation, becoming even more successful than he'd ever been. But when an Interpol agent is determined to trap the pretty cat burglar, will Jordyn be able to avoid his snare? Or will circumstances drastically change her life once again?

***While Jack Be Nimble is part of the Heels, Rhymes, & Nursery Crimes multi-author series, it is related to the Trident Security series, with the events taking place eight years before Jordyn gets her HEA in Absolving His Sins.