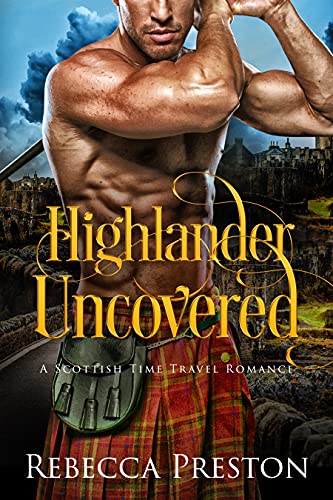 When Audra is transported back in time to ancient Scotland and the MacClaren Keep, she finds herself stuck between identical twin MacClaren brothers, one who is keeping a dark secret…

Undergrad student Audra arrives at the Weatherby Hotel thrilled to be spending the summer away from her overbearing and strict parents. But when she ventures outside through a thick fog, she emerges hundreds of years in the past and comes face to face handsome identical brothers who seem to think she’s someone named Annie.

Twins Brian and Duncan MacClaren are as unwelcome as they are inseparable. On top of their return to the Keep being poorly received, Brian is carrying a sad secret—his wife Annie committed suicide two years ago, for reasons he cannot understand. But Duncan knows, and if the truth ever comes out, he’s certain Brian will kill him. So when they find Audra—the spitting image of Annie—wandering the moors in the fog, both are thrown by their deep feelings for the time-lost woman.

While Audra struggles to accept the reality of her new life in the past, she’s also at the center of romantic advances from both brothers. They may look identical, but their personalities couldn’t be more different, and Audra isn’t sure who to trust, especially when she’s hiding the fact that she’s a pagan during a time when witch hunters still roam the moors.
When Duncan’s dark secret is finally revealed, Audra must fight not only for her own life but also for the life of the man she loves—who looks exactly like the one endangering them.

Highlander Uncovered is the eleventh book in the Highlander of Time series, perfect for fans of brooding heroes, intrepid heroines, and page-turning time-travel romance. Grab your copy today, and enter the exciting world of Highlander of Time!
Read more