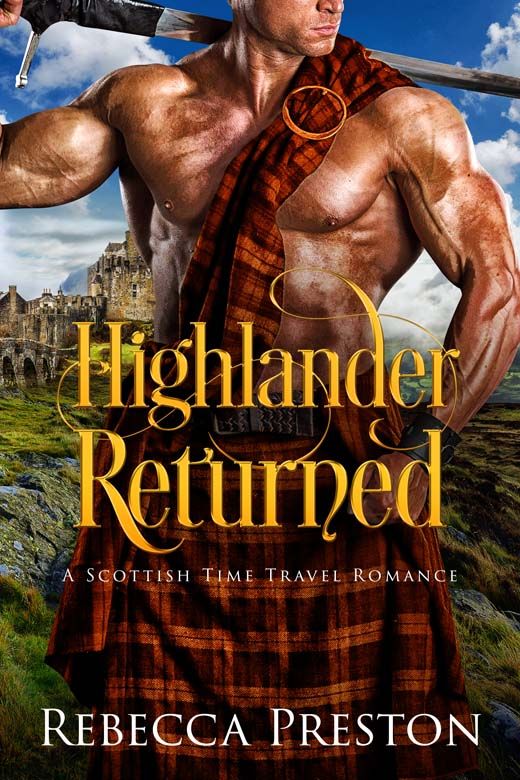 When Brianna finds herself in ancient Scotland near the MacClaren Keep, she must utilize her skills and keep her wits to prevent all-out war between the clan and the British while fighting her growing attraction to the handsome Scotsman sent to assist.The trauma Brianna suffered as a hostage negotiator in Chicago haunts her even as she moves on with her new life and career, taking a romantic trip to Scotland with her boyfriend. But when she catches him cheating and flees, she finds herself lost in a thick fog and ultimately at the Weatherby Manor, hundreds of years in the past and amid a tumultuous time.Initially reluctant to believe Weatherby’s story about time travelling women of the clan, when Robert MacClaren arrives to negotiate with the Lord and claims she’s the reincarnation of his dead love, she’s forced to address the fact that this is all very real. So is the growing unrest between the refugees seeking assistance after a crop failure and Lord Weatherby.Silver-tongued Robert does his best to quell the tension between the two groups and also convince Brianna of their fate together, and she finds herself falling for the handsome bard while they’re on the brink of war.When the manor is attacked, Brianna must utilize her skills to aid Robert and also face the fact that while their lives are in danger, they’re also inexplicably intertwined.Highlander Returned is the ninth book in the Highlander of Time series, perfect for fans of brooding heroes, intrepid heroines, and page-turning time-travel romance. Grab your copy today, and enter the exciting world of Highlander of Time!