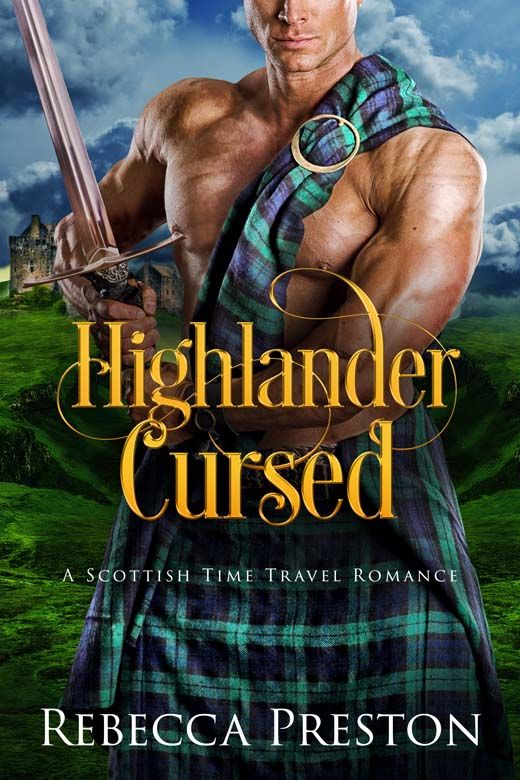 Book 6: Highlander in Time
Rebecca Preston Founding author
Follow
Plunging back in time, Delilah finds herself with the MacClaren Clan and at the center of a witch hunt.
Genres: Ancient World RomanceTime Travel Romance
Buy now
Available in:

Plunging back in time, Delilah finds herself with the MacClaren Clan and at the center of a witch hunt and a mysterious curse plaguing her new friends.Delilah’s fascination with the unusual relics at the ancient MacClaren Keep drag her back to the very time and people she’s been studying. After speaking with the other reincarnated women of the Clan, she’s forced to accept that magic is very real and that she’s been a victim of the spell that allows the MacClaren men a second chance with their lost loves. But no one seems to know which MacClaren she was meant to return to.Gavin MacClaren’s brooding nature stems largely from his guilt over bringing the curse on his family that rips away the women they love only to return a reincarnated version of them from another time. When Delilah appears, the spitting image of his former love, the very witch who set the wheels of the strange curse spinning, his distrust and guilt prevent him from acknowledging his attraction to her.But when witch hunters set their sights on the most recent mystery woman to join the MacClarens, Delilah and Gavin must face the reality of their destinies and find a way to end the curse for good.Highlander Cursed is the sixth book in the Highlander of Time series, perfect for fans of brooding heroes, intrepid heroines, and page-turning time-travel romance. Grab your copy today, and enter the exciting world of Highlander of Time!