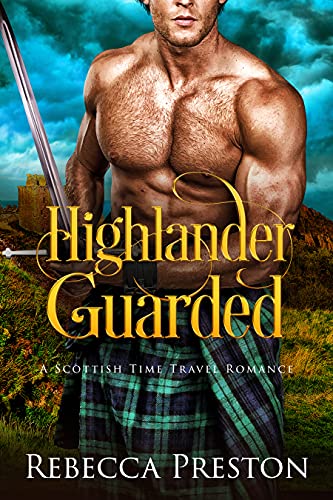 When Scarlet finds herself in ancient Scotland near the MacClaren Keep, she must fight against the remnants of a past life she doesn’t remember, including her attraction to the handsome Scotsman who rescues her.

Professional jewel thief Scarlet doesn’t really care how she ended up thrust back in time to ancient Scotland. All she knows is it kept her from being arrested by the cops at her heels when she tumbled through the fog. But when she learns that several of the returned MacClaren brides are former law enforcement, it makes her sense of safety waver.

Kieran, former Keep guard and estranged cousin of the Laird spends his days raising hell in village bars. After losing his wife seven years ago in childbirth, he’s shocked when Scarlet appears having no memory of her former life as his one true love. But that’s not all she was. As cousin to English Lord Weatherby, she created scandal by marrying Kieran, a Scot, and there are those who won’t be happy to know of her reincarnation.

While Kieran tries to capitalize on Scarlet’s attraction to him in order to help her better understand their predicament and keep her out of trouble, dark forces who ended her life the first time wait in the wings to strike again and ensure this time, she doesn’t return.

Highlander Guarded is the tenth book in the Highlander of Time series, perfect for fans of brooding heroes, intrepid heroines, and page-turning time-travel romance. Grab your copy today, and enter the exciting world of Highlander of Time!
Read more