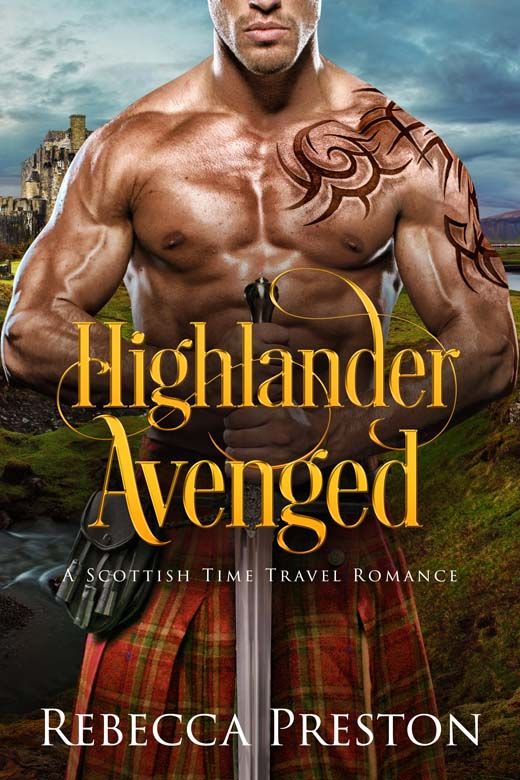 When she wakes up in the MacClaren Keep, hundreds of years in the past, Bethany not only finds what she was searching for but becomes embroiled in an ancient curse and brand-new feud.Bethany’s search for her sister Delilah leads her to the ancient MacClaren Keep. When she falls asleep in the ruins, the last thing she expects is to awake in the past with her sister standing over her. Overjoyed at finding Delilah, Bethany is soon discovers the world isn’t as simple as she believed it to be. With new knowledge of ancient magic and curses, she must face the fact that the MacClarens are under attack and this isn’t the type of war her military skills trained her for.Graham hates the MacClarens, and not only because they caused the deaths of his witch-hunting allies. He knows his father was an exiled member of the clan, and he seeks to avenge the father he never knew and destroy the family who made him an orphan. But when he catches a beautiful woman at sword-point and looks into the eyes of the love he lost two years ago, he realizes the keep’s magic that brought her back to him only exists because he’s a MacClaren-the very people he’s there to destroy.Torn between his need for revenge and his feelings for Bethany, Graham must choose a side and join in the fight for his life…and Bethany’s.Highlander Avenged is the seventh book in the Highlander of Time series, perfect for fans of brooding heroes, intrepid heroines, and page-turning time-travel romance. Grab your copy today, and enter the exciting world of Highlander of Time!