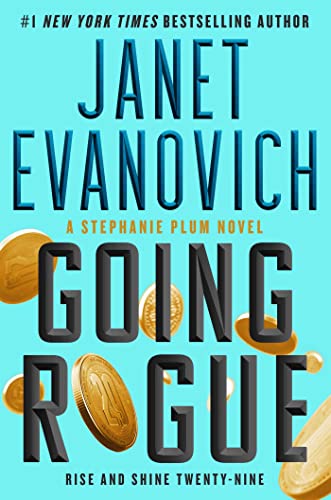 Stephanie Plum breaks the rules, flirts with disaster, and shows who's boss in the latest smash hit from No. 1 New York Times bestselling author Janet Evanovich.

Monday mornings aren't supposed to be fun, but they should be predictable. However, on this particular Monday, Stephanie Plum knows that something is amiss when she turns up for work at Vinnie's Bail Bonds to find that longtime office manager Connie Rosolli, who is as reliable as the tides in Atlantic City, hasn't shown up.

Stephanie's worst fears are confirmed when she gets a call from Connie's abductor. He says he will only release her in exchange for a mysterious coin that a recently murdered man left as collateral for his bail. Unfortunately, this coin, which should be in the office - just like Connie -is nowhere to be found.

The quest to discover the coin, learn its value, and save Connie will require the help of Stephanie's Grandma Mazur, her best pal Lula, her boyfriend Morelli, and hunky security expert Ranger. As they get closer to unravelling the reasons behind Connie's kidnapping, Connie's captor grows more threatening, and soon Stephanie has no choice but to throw caution to the wind, follow her instincts, and go rogue. She is more shocked by the results than anyone.

Full of surprises, thrills, and humour, Going Rogue reveals a new side of Stephanie Plum, and shows Janet Evanovich at her scorching, riotous best. 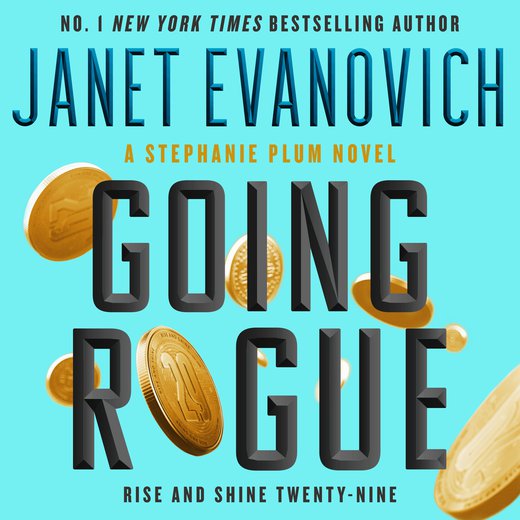 My name is Stephanie Plum. I’m a bail bonds enforcement agent, working for my cousin Vinnie, and I’m currently locked out of the bail bonds office. It’s nine in the morning in Trenton, New Jersey. It’s October. It’s Monday. Everything is good in my world except the office is closed and the lights are off. This is a first because the office manager, Connie Rosolli, is always at her desk by now.

A red Firebird pulled to the curb behind my blue Honda CR-V. Lula got out of the Firebird and walked over to me. Lula is a former hooker who now works for Vinnie doing whatever the heck she wants. At 5 feet, 5 inches she’s 2 inches shorter than I am. She’s a smidgen younger, her skin is a lot darker, and she’s a bunch of pounds heavier. Her hair was yellow today, with braided extensions that hung halfway down her back. She was wearing a black sweater that was two sizes too small and fuchsia spandex tights.

I was wearing jeans, and a sweatshirt over a T-shirt, and because I was wearing sneakers and Lula was wearing 6-inch stiletto heels, she had me by a couple inches.

“What the heck?” Lula asked.

“Did you check the lot in the back?”

“Well, this is just wrong,” Lula said. “She’s supposed to be here. She brings the doughnuts. What am I supposed to do without my doughnuts?”

Connie is in her mid-30s and lives with her widowed mother. The living arrangement isn’t ideal for Connie, but she’s a good Italian Catholic girl and family takes care of family. I called Connie’s cell phone and didn’t get an answer, so I called her house phone.

Mama Rosolli answered on the second ring. “Who’s this?” she asked.

“She’s at work. She left extra early today so she could get gas and some lottery tickets. I was still in my robe and nightgown when she was going out the door.”

“She’s not home. Her mother said she left early to get gas and lottery tickets.”

“Connie isn’t here. Have you heard from her?”

“No. She’s supposed to be there. She’s always there.”

“Not today,” I said. “The office is locked, and the lights are off.”

“I thought you might want to open the office for us.”

Harry the Hammer is Vinnie’s father-in-law. He owns the agency, and he owns Vinnie.

“Go to the back door,” Vinnie said. “There’s a key under the brick by the dumpster.”

The bail bonds office is a one-story storefront on Hamilton Avenue. It’s squashed between a dry cleaner and a mystery bookshop, and it’s across the street from the Burg. I grew up in the Burg, and my parents still live there. Houses are small. Cars and televisions are large. Most of the residents are hardworking, overfed and underpaid. They’re staunch believers in the First and Second Amendments, the sanctity of football and baseball, a first-class funeral, homemade marinara, stuffed cabbage, white bread, grilled anything and cannoli from Italian Peoples Bakery.

Lula and I walked around the block to the alley behind the bonds office. We found the key under the brick, opened the back door and entered the storeroom.

For the most part, bail bonds are secured by real estate, vehicles, bank accounts,and pawnable items like weapons, electronics and jewelry. Vinnie has been known to accept other items of questionable value that appeal to his own personal interests — such as unusual sex toys, high-quality pot, whips of any sort, desirable seats for the Mets or the Rangers, and nooners from fancy ladies, and he once took possession of an aging racehorse. All these odds and ends find their temporary homes in the storeroom. Small items are kept in multi-drawered metal cabinets. Medium-sized items are tagged and crammed onto rows of shelves. The racehorse was kept in Vinnie’s backyard until the neighbors complained.

Lula walked through the storeroom to the small alcove that served as a kitchenette.

“There’s no coffee brewing,” she said. “I’m not supposed to start my day like this. I got a routine. My morning has expectations, if you see what I’m saying.”

I was more concerned about the storeroom than the coffee machine. Some of the cabinet drawers weren’t completely closed, and the items stashed on the shelves had been shoved around.

“Were you looking for something in the storeroom over the weekend?” I asked Lula.