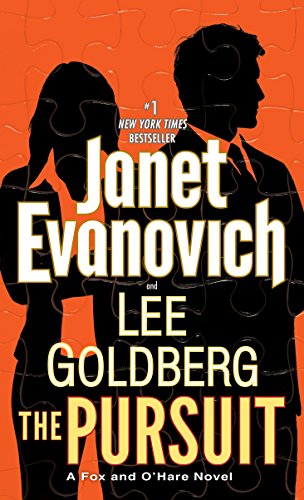 FBI agent Kate O'Hare's covert partner has been kidnapped. But she is in hot pursuit....

Nicolas Fox, con man, thief and one of the top 10 fugitives on the most-wanted list, has been kidnapped from a retreat in Hawaii. The kidnapper doesn't know that Nick Fox has been secretly working for the FBI and that his partner, Special Agent Kate O'Hare, is on their trail.

The pursuit leads to Belgium, France and Italy and pits Nick and Kate against a deadly adversary: Dragan Kovic, an ex-military officer from Serbia. He's plotting a crime that will net him billions...and cost thousands of lives. Nick and Kate have to mount an audacious con to avert catastrophe. The pressure's on for them to make this work - even if they have to lay their lives on the line.... 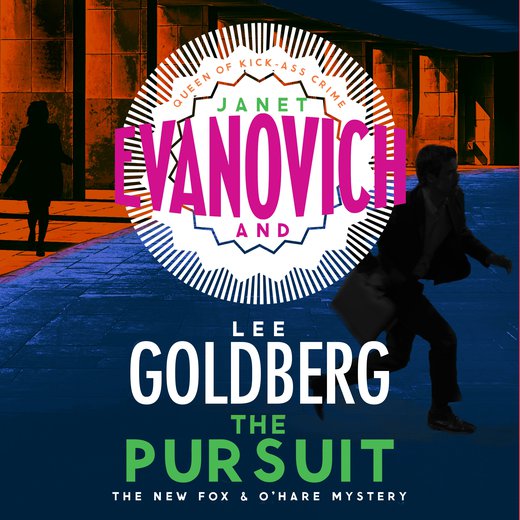 Nicolas Fox, infamous con artist and thief, woke up in a coffin. His ability to stay calm was partially due to the lingering effects of the tranquilizer shot he’d been given eighteen hours earlier, in Honolulu. It was also due to his belief that if his abductors had really wanted him dead, he would already be dead instead of napping in a high-end casket. Especially after he had thrown one of the kidnappers through a glass coffee table and tried to choke another with a kukui nut lei. So despite the dire nature of his present situation, Nick was optimistic about his future.

He lifted the heavy lid of his coffin and sat up to find himself in a bank vault. Concrete walls were lined with hundreds of safe-deposit boxes. The ceiling was low, outfitted with strips of fluorescent lights. The floor was white tile. A twelve-inch-thick steel door was ajar, as was an iron-barred gate that opened into the vault.

It took Nick only a second to realize that it was all fake. The iron bars of the gate were PVC pipes that had been painted black. The wall of safe-deposit boxes was a large photograph. The floor was linoleum, the steel door made of painted Styrofoam. It was the equivalent of a movie set. Someone was training for a heist and Nick had a good idea which vault they were planning to hit—the basement diamond vault located in the Executive Merchants Building in Antwerp, Belgium.

A man walked onto the set. He was dressed like a fashion-conscious Angel of Death in a black turtleneck sweater, black jeans, and black loafers. He was in his fifties, but had the athletic build of someone thirty years younger. It was his strikingly angular face, and the thinning, pockmarked skin glued like yellowing wallpaper to his sharp cheekbones, that betrayed his age.

Nick had never formally met the man, but he remembered him from Hawaii. He had led the abduction team. He spoke excellent English with a slight accent. Nick knew he was Balkan.

The man tossed Nick a cold bottle of mineral water. Nick caught the bottle and noted that it was Valvert, a Belgian brand. Nick was pretty certain he wasn’t in Hawaii anymore.

“How are you feeling?” the man asked.

Nick took a long drink before he replied. “I suppose traveling to Belgium in a coffin is better than flying coach these days. At least I was able to lie flat.”

“The afterlife looks surprisingly like the diamond vault in the Executive Merchants Building in Antwerp,” Nick said.

“I’m assuming that’s why I’m here and not buried in this coffin.”

FBI Special Agent Kate O’Hare closed and locked the door on the high-end Oahu beach house. Her maverick partner Nick Fox had rented the house, and last night he’d disappeared. His red Ferrari was still parked in the driveway. His blood was also left behind. Okay, maybe it wasn’t his blood, but it was someone’s blood. And the blood trail led to the front door. Not such a shocker since a lot of people probably wanted to kill Fox. He was a world-class thief, con man, and an international fugitive. For the past couple years he’d been secretly working with Kate to take down bad guys that the FBI couldn’t touch. Not that he was doing it out of the goodness of his heart. It was either help the feds or go to jail for a very long time.

And lucky me, Kate thought. I got stuck with him. Not only was she stuck with him, but she was also sort of hot for him. Could it possibly get any worse?

The beach house was at the end of a cul-de-sac. Houses to either side were hidden behind gates and tropical hedges. The sound of the surf was a constant murmur in the distance.

Kate walked down the driveway and cut across to one of the neighboring houses. She rang the bell and pulled the FBI badge case from her pocket. She flipped it open beside her head for the benefit of whoever looked through the peephole. The homeowner would see a blue-eyed woman in the vicinity of thirty with a slim, athletic build, her brown hair currently cut in a rakish, chin-length bob that not only met FBI requirements but also was practical. Her hair didn’t require much care and didn’t give an assailant a lot to grab in a fight. She wore a white permanent press polyester shirt, skinny jeans, a holstered Glock clipped to her belt, and a thin-bladed knife in a sheath just above her ankle.

The door was opened by a short woman in her midfifties wearing a purple halter top, colorful floral shorts, and flip-flops. She was more charred than tanned, her skin like tree bark. She held a Bloody Mary in her left hand, her long, polished fingernails as red as her drink.

“Do we really have to do this again?” the woman asked.

“Just because I signed a petition demanding to see a president’s birth certificate doesn’t mean I’m going to take a shot at him from my bathroom window while he’s bodysurfing. When’s he coming?”

“I’m not here about a presidential visit, ma’am. I’m investigating a possible crime that occurred next door.”

“You’ll have to narrow it down. Crimes occur there all the time. It’s party central. That’s why I have a camera aimed at the house. It’s so I have proof of the drunken tourists who drive over my grass, vomit on my flowers, and let their kids pee on my palms. But does anybody care? No.”

This brought a smile to Kate’s face. The woman had security cameras. And one of them was aimed at the beach house Nick had rented. This was good.

“I’d like to look at the footage,” Kate said.

“Hallelujah! You know how long I’ve been waiting for someone with a badge to ask me that?”

Kate edged past her and tried not to scrape herself on the lava-rock wall in the process. The woman closed the door, opened a coat closet behind her, and swept aside some windbreakers on hangers to reveal a shelf holding a DVR, a flat-screen monitor, a keyboard, and a mouse.”

“Ta-da,” the woman said. She turned on the monitor and typed in a password. The image on the screen was divided into six squares showing different angles of her property. One angle was a clear view of the rental house, and she clicked on the feed to expand it to full screen. “You can rewind using the backspace key. I got this at Costco. Great, isn’t it?”

“Can I get you a Bloody Mary?”

“Sure,” Kate said. She didn’t want a Bloody Mary, but it was the easiest way to get rid of the woman.”

“It took Kate only a few seconds to scan through the footage on the DVR and find what she wanted. Yesterday, late afternoon, a Ford Explorer drove up to the beach house, and four men got out. They drew guns and fanned out around the house. Kate could tell from the way they moved and handled their weapons that they were trained soldiers, just like her. This was a professional strike team. And yet they didn’t try to disguise their faces.

Moments later, Nick emerged from the house, his hands zip-tied behind his back, a gun held to his head by a man with a pockmarked face. Nick was six feet tall, brown-haired and brown-eyed, and even now, in this dangerous situation, he moved with the relaxed grace of a man confident in his ability to take care of himself. She was relieved to see that Nick was alive and uninjured, but she still felt a pang of anxiety in her chest. He was far from safe. Behind Nick and his captor, two other men carried out a third man who was covered with blood, his clothes shredded. A glass coffee table had been shattered in Nick’s rented house. She suspected this bloody guy was the unfortunate missile that had destroyed the coffee table.

The pockmarked man shoved Nick into the backseat of the Explorer while the two other men opened the rear door, hefted their injured comrade inside like a sandbag, and slammed the door closed. The men piled into the car and drove away, giving Kate a good view of the license plate. That sloppiness intrigued her.

The woman returned with a fresh drink in each hand and held one out to Kate. Kate’s drink had a big pineapple wedge on the rim. “Here’s your Bloody Mary.”

“Sorry, I have to pass. I can’t drink on the job.” Kate unplugged the DVR and tucked it under one arm. The last thing she wanted was new footage of Nick Fox, one of the FBI’s Ten Most Wanted fugitives, floating around. “I’m going to need to take this with me as evidence. Is that okay with you?”